The federal government is continuing to crack down on sanctuary jurisdictions in the United States. At the same time, these cities are pushing back by denying ICE detainer requests.

Detainer requests are made by Immigration and Customs Enforcement officials who seek to place a hold on inmates who may be undocumented immigrants in local jurisdictions to allow them to be picked up for possible deportation action.

A report in NumbersUSA found America’s sanctuary Jurisdictions turned down 47 detainer requests in a report issued in late March. They were issued by Immigration and Customs Enforcement (ICE) agents. These included detainer requests for illegal immigrants with charges or convictions for domestic violence, sexual assault, and assault. 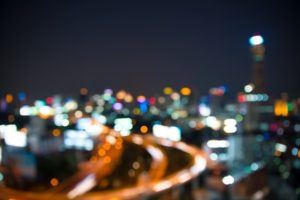 ICE detainer requests are defied by some jurisdictions

Details were provided in the Trump administration’s second weekly report that highlighted jurisdictions with policies that instruct officials not to cooperate with ICE agents.

The reporting period ran from Feb. 4 – Feb. 10. Nearly half of those rejected detainer requests were issued under the Obama administration several months earlier.

Cities in California as well as New York City, Washington, and Travis County which includes Austin in Texas declined the largest number of detainers since reports began in late January.

The report found of 24 more recent detainer requests under the Trump administration, sanctuary jurisdictions rejected three relating to inmates charged or convicted with domestic violence, 11 for assault and one for sexual assault.

The Trump administration released reports on ICE detainer requests to ‘name and shame’ localities that declined to honor them.

However, the reports were temporarily suspended in April. Several jurisdictions questioned the accuracy of the data the New York Times reported.

The report was made possible under Donald Trump’s executive order on immigration issued in January. Some locations claimed they were unfairly labeled as being uncooperative.

Austin is in the front line of the sanctuary cities stand-off. New Travis County Sheriff Sally Hernandez pledged to only honor detainer requests for inmates who commit serious crimes. She has been singled out by Texas Governor Greg Abbott who is threatening to cut funds to Austin.

In April, Texas gave final approval to a bill that would give police officers sweeping powers to demand the immigration status of suspects, in a blow to sanctuary cities.

At Peek Law Group , our attorneys have been helping immigrants fight for their rights for decades in and around Austin. Please call us at  (512) 399-2311.