Texas exonerations were again the highest in the nation last year. In many cases, defendants were convicted of a crime that didn’t happen.

A report issued earlier this year found the number of people exonerated in the United States rose again in 2016.

Texas exonerations were higher than any other state. Drug cases in Harris County accounted for a large proportion of these wrongful convictions. 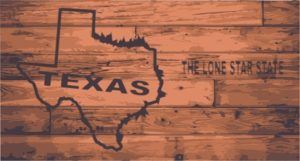 A record 94 of 2016’s 166 total exonerations involved cases in which no crime was committed, reported the Associated Press.

The annual report from the National Registry of Exonerations makes disturbing reading for our criminal defense attorneys.

Approximately, two-thirds of the 94 cases in which convictions were given when no crime was committed were drug cases. A further 16 were for sex crimes and one was a homicide.

The report said 48 of the drug cases in which no crime was committed occurred in Harris County. Defendants had their drug convictions dismissed. Lab tests later determined they never had illegal substances.

University of Michigan law professor Samuel Gross, who edits the report, said more exonerations are not a sign the problems that result in false convictions are being addressed and resolved.

The number of wrongful convictions highlighted in the report is increasing year-on-year.

The previous record of 160 exoneration was set in 2015, according to the National Registry.

“We now average more than three exonerations a week,” stated the report.

Why Texas Exonerations Are the Highest in the Nation

Alarmingly, were it not for an investigative media report, the problem in Harris County may have gone undetected and hundreds of drug offenders would not have been cleared.

A report on NBC stated the issue in Harris County was uncovered in 2014 when a newspaper reporter asked about delays in drug lab tests whose results were being returned after people pleaded guilty.

The head of Harris County’s new Conviction Review Section investigated the issue. She found many of the tests revealed no drugs were found. The unit changed its process to move guilty-plea cases more quickly and sought out defendants who had been wrongly convicted.

The NBC report stated 126 drug-crime exonerations were found including 48 in 2016. More are likely to be uncovered.

The National Registry of Exonerations also highlights race in its report. Harris County, dominated by the city of Houston, is about a fifth African-American.

However, 62 percent of the drug crime exonerees were black – about seven times the exoneration rate for other racial groups.

What happened in Harris County may be going on undetected in other places. Call our experienced Texas criminal defense lawyers at (512) 399-2311.