At a time when some cities in Texas are defying federal immigration authorities as many as 13 counties have applied to collaborate with the feds in a controversial immigration enforcement program.

The program is the 287 (g) partnership. It gives local police the authority to enforce immigration law. The Observer reported a rush of applications from some counties in Texas. It reported 13 had applied.

It allows a state or local law enforcement entity to enter a partnership with ICE to receive delegated authority to enforce immigration matters under a joint Memorandum of Agreement (MOA). 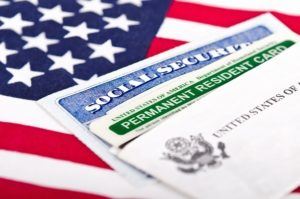 In the past, few Texas authorities collaborated with ICE in a 287 (g) partnership. The three agencies already participating are the Carrollton Police Department, the Lubbock and the Jackson County Sheriff’s Department.

The new applicants are all sheriff’s departments. Most of them are in rural southern Texas.

Under the type of arrangement sought out by the departments, sheriffs and their deputies would be trained by ICE to serve as immigration agents in the county jails. Deputies would question people in detention to ascertain their immigration status and place immigration detainers on undocumented inmates to hold them for ICE agents.

The Observer reported eight years ago in 2009, as many as 70 local law enforcement agencies nationwide were enrolled in 287(g).

However, the costs to local taxpayers and concerns over racial profiling led many of them to pull out.

Harris County which contains Houston, was one of the most populous counties in the country to take part. It left the voluntary program in March. Newly elected Sheriff Ed Gonzalez said the $675,000 price tag was too expensive.

Locations like Austin have taken the opposite approach. New Travis County Sheriff Sally Hernandez is refusing to comply with ICE detainer requests unless an undocumented immigrant is charged with a serious crime.

The federal government is seeking to enlist more police forces to enforce immigration issues while cracking down on sanctuary cities at the same time.

In January, President Donald Trump signed an executive order that urged local and state police to double up as immigration officials. He also called for a crackdown on “sanctuary jurisdictions” and has threatened to withhold funds to cities like Austin and San Francisco.

At Peek & Toland our experienced family immigration lawyers keep up to date with the latest reforms in this fast-moving area. Please call us for assistance at (512) 359-3362.