Computers are a part of our everyday life and the criminal justice system is becoming more automated too. However, there may be a serious downside to automation and criminal justice.

It is also making the system less fair for defendants, according to the New York Times.

The Times article traces the root of the problem to the fact that most of the manufacturers of software and other systems are privately owned and are set up to make a profit.

The technologies are a trade secret which means a lack of transparency about how they work and whether they are functioning correctly. 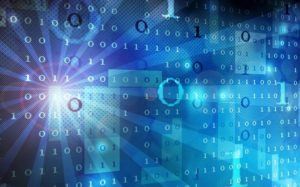 It can be a challenge for the defendants and their attorneys to find out how these systems work even under a protective order in a court setting.

Unlike many defendants, Rodriguez did research and was able to show the Compass system returned an erroneous result.

The case of Billy Ray Johnson in California was even more extreme. He was sentenced to life without parole for a series of burglaries and sexual assaults he did not commit following readings from a system used to analyze DNA traces from crime scenes.

When a defense team expert wanted to review the source code he was told it was a trade secret. The court refused to allow the code to be disclosed to Johnson’s attorney.

The trade secret privilege ruling was upheld by the California Court of Appeals. That decision is being cited across the country to deny defendants access to trade secrets, even when the findings might prove their innocence.

In some court systems in California, a new case management system has proved to be so unreliable it’s impeding the administration of justice.

As many as 26 separate incidents were highlighted in the motion. Public Defender Brendon Woods said these cases were “just the tip of the iceberg” in terms of the number of people impacted.

Odyssey Case Manager systems are used in other jurisdictions including some in Texas.

Some of these examples highlight the problems inherent with automation and criminal justice. Unlike most consumers, defendants have few rights to address the wrongs. It’s important to hire an experienced Texas criminal defense lawyer to fight your case. Call us at (512) 399-2311.