A man has been charged with a hate crime following a Texas mosque fire earlier this year.

Marq Vincent Perez was indicted on a hate crime charge for a devastating fire at a mosque in Victoria in January which was the scene of religious-based hatred several years ago.

Federal prosecutors accused Perez of starting a fire on January 28 that completely destroyed the Islamic center in Victoria, which is about 125 miles southwest of Houston.

Perez, 25, from Victoria, was indicted in the summer on two counts of hate crime-damage to religious property and use of a fire to commit a federal felony.

A report on CBS News said Perez from Victoria was previously been indicted for possession of an unregistered destructive device on an unrelated incident. He is accused of trying to set fire to a car owned by a former friend just over a week earlier on Jan. 15.

Perez has remained in jail without bond since he was arrested back in March on the charge unrelated to the fire at the Islamic center. 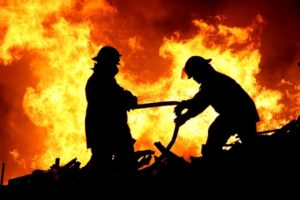 Further details were revealed by prosecutors in that case about the mosque fire. Perez is accused of believing the worshippers at the mosques were terrorists. He may have been scoping out other mosques to attack, prosecutors claimed.

Rick Miller, a special agent with the Bureau of Alcohol, Tobacco, Firearms, and Explosives relayed comments from an informant at the hearing, CBS reported.

The informant is said to have told authorities that he took part in burglaries at the mosque with Perez on Jan. 22 and 28.

The informant told the authorities, Perez, allegedly “hated” Muslims. He said the two men broke into the mosque to find out if worshippers were concealing weapons there, Miller testified.

Hate crimes can be brought on a federal level and under Texas’ hate crime statute, although these charges are frequently reduced in a plea bargain.

The hate crime charge against Perez was welcomed by the Texas office of the Council on American-Islamic Relations. Mustafaa Carroll, executive director of CAIR’s Houston office said:

“We thank state and federal law enforcement authorities for their diligence in investigating and prosecuting this case.”

If you have been charged with a hate crime you may be facing decades behind bars. Call out Austin, Texas, criminal defense lawyers today for a consultation at  (512) 399-2311.