The perception that millions of unskilled and uneducated immigrants enter the United States, is challenged by data that suggests new arrivals are just as likely to be college educated than the native population.

According to the Association of American Colleges and Universities, foreign-born people in the United States are as likely to be well educated as the local population. About a third of immigrants hold a bachelor’s degree or higher.

Of the immigrants who are college educated, about 15 percent of them earned a doctorate or a professional degree, outpacing the local population, the study revealed.

Newer arrivals are more likely to be educated than their parents, according to the study. The Economist stated:

“The result is that America has switched from importing people who are, on average less educated than the natives to people who are better schooled.” 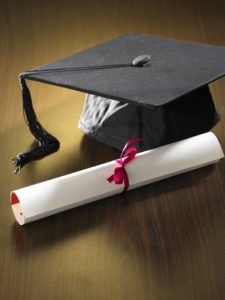 A paper from the Pew Research Center stated the elevated educational profile of newer arrivals is explained by several factors.

More immigrants are arriving from Asia and they tend to have the highest level of qualifications. About 57 percent of arrivals held at least a bachelor’s degree in 2013.

The figures may impact moves by the Trump administration to implement a ‘merit-based” immigration system.

Trump has instructed the Departments of Labor, Justice and Homeland Security to examine immigration rules in the United States.

He has pointed to alternatives, touting Canada or Australia as models for America to copy. Canada became the first country to introduce a points system for immigration in 1967.

Canada and Australia give priority to would-be migrants with degrees, relevant work experience and fluency in a number of languages.

However, the report in The Economist suggested the points systems in Canada and Australia do not work particularly well.

Our Austin, Texas immigration lawyers can assist you with a wide range of matters and skilled worker immigration programs to help you succeed in the United States. Please call us at  (512) 399-2311.