Many coastal communities in the United States rely on seasonal visa workers to keep going. Now threats to the program are crippling them.

The Outer Banks of North Carolina is one example. Property prices are high here and it’s difficult to find local people to do seasonal work.

Over the summer the Charlotte Observer noted how a lack of foreign workers is impacting the tourist economy.

The report noted how foreign workers form the backbone of the Seaside Farm Market in Corolla over the summer when as many as 50,000 people visit a community with 500 people.

For the first time in more than two decades, owners Bill and Julie Grandy were unable to get the H-2B temporary visas they need to bring workers in from Mexico. 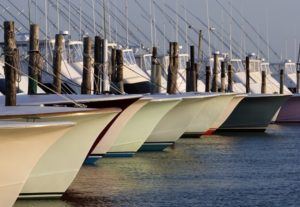 They’ve employed Mexicans for years. Not a single local applicant applies for jobs paying $15 an hour.

The lack of seasonal visa workers has pushed their half-a-million investment to the brink, they say.

H-2B visas are temporary visas used to fill seasonal non-agricultural jobs. In states like North Carolina and Texas, they are predominantly used in tourism, landscaping, and seafood processing industries. Other parts of the hospitality industry uses the visas.

The Observer noted North Carolina uses more H-2B visas than any other U.S. state besides Texas and Colorado. It received 4,324 worker certifications in the fiscal year 2017, states the Office of Foreign Labor Certification.

But while Trump has pledged to reform the H-1B program, which brings skilled workers to the U.S. for up to six years from countries like India, he has said little about the H-2B visa program.

The New York Times reported Trump has used scores of temporary foreign workers at properties like the Mar-a-Lago club in Florida.

Every year, 66,000 H-2B visas are allotted – half of them for the winter and half for the summer.

In previous years, returning workers were allowed to come back without being counted against the cap. However, Congress has not renewed the returning worker exemption after it expired in September 2016. The application process has been more competitive in 2017.

If you are applying for an H-2B visa, it’s vital to get the application process right. Contact our Austin, Texas immigration lawyers today at (512) 399-2311.