A U.S. Supreme Court decision in June may mean fewer children of U.S. citizens are likely to gain citizenship themselves in the future.

The decision in Sessions v. Morales-Santana was criticized in some sections of the media and the immigrant community.

The article said the consequence of the high court decision in Morales-Santana is that fewer sons and daughters of U.S. citizens will gain citizenship themselves, and more people will be subject to deportation.

The man who brought the case, Luis Ramón Morales-Santana, faces deportation to a nation he has not lived in since 1975.

The case sheds light on quirks in the citizenship laws in the United States. 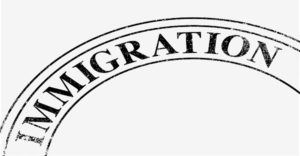 Children of U.S. citizens are less likely to gain citizenship

If you are born to a U.S. citizen, you do not automatically become a citizen yourself. At the time of Morales-Santana’s birth, the child of a non-citizen and a citizen born overseas was only granted citizenship if their parent had been physically present in the United States.

The parent should have been physically present in the country or its outlying possessions for periods of not less than 10 years in total. At least five years must have been after attaining the age of 14 years.

This residency requirement has been changed since. It is now cut down to five years, and two after age 14.

Under federal law, an exception is granted for unwed mothers who are U.S. citizens. They are able to transmit their citizenship to their children after just a year of continuous physical presence in the country.

Morales-Santana fell foul of these complex rules. His father is a U.S. citizen who was born in the U.S. and lived here until 20 days before his 19th birthday.

His father just missed meeting the requirement that allowed him to pass his citizenship to his children.

The gender inequality is highlighted by the fact that had Morales-Santana been born to a U.S. citizen mother who had lived in the United States for the same amount of time as his father, he would be a citizen.

The justices concluded the gender line drawn by Congress in the Immigration and Nationality Act is incompatible with the Fifth Amendment’s requirement that the government accord to all persons “the equal protection of the laws.”

However, the justices decided the Supreme Court is not equipped to convert change the statute and it falls to Congress to pass a law with no gender bias.

An article in Slate alluded to the paradoxical nature of the decision. On the one hand, Justice Ruth Bader Ginsburg’s opinion in the case struck a fatal blow against sex discrimination, it stated.

However, the court struck down the special rule for unwed mothers, applying a five-year residence requirement to all parents.

Is stripped Morales-Santana of the citizenship he was granted by the 2nd Circuit. Individuals in his position face the threat of deportation until the law is changed.

The court’s solution stands to exacerbate the problem of statelessness by making it more difficult for the children of unwed mothers living abroad to gain American citizenship, Slate concluded.

Acquisition of citizenship through your parents is one of the most complicated areas of the law. To find more talk to our Austin citizenship lawyers at (512) 399-2311 or see our resources on citizenship here.