An important court decision in California has rejected the federal government’s argument that it has sole custody over minors who entered the country illegally, with the judges favoring judicial immigration hearings.

The ruling means thousands of young people in the custody of federal immigration services are entitled to judicial hearings that could lead to their release, The Ninth U.S. Circuit Court of Appeals in San Francisco ruled.

The decision in July in San Francisco rejected the federal government’s argument that laws after a 1997 lawsuit settlement gave a federal agency sole authority over the custody of unaccompanied minors who entered the United States illegally.

Youngsters held in the U.S. are entitled to immigration hearings 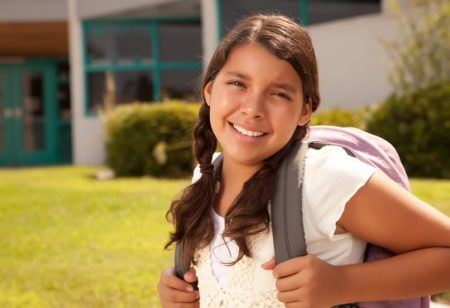 The Office of Refugee Resettlement keeps young people locked up for months or even years, with no explanation why they are confined and no recourse to dispute their confinement, the court heard.

Judge Stephen Reinhardt referred to laws passed in 2002 and 2008 and sought to protect this vulnerable population by boosting their legal protection during the 3-0 ruling.  He said:

“If Congress had intended to terminate the settlement agreement in whole or in part, it would have said so.”

Many of the young people escaped violence, poverty and an upsurge in gang activity in Central America. Nearly 60,000 unaccompanied minors were taken into custody after crossing the U.S. border in 2015 and 2016, stated U.S. Customs and Border Protection.

These young people have been subjected to numerous federal government crackdowns.

Attorneys representing the young people said their clients feared the aggressive immigration enforcement policies of the Trump era will increase their need for legal protection.

The minors would not be entitled to be released on bail if they appeared before a hearing, but they could find out why they are being held and challenge the claim of the federal government that they pose a threat, with the help of an experienced immigration lawyer.

If a judge finds a young person does not pose a danger, the Office of Refugee Resettlement would have to determine if he or she could be turned over to an adult or another agency.

The court heard some very young undocumented immigrants are being held. It cited the case of a 9-year-old boy who was detained for a year-and-a-half before being reunited with his parents in Texas.

Under the 1997 lawsuit settlement that led to the laws central to the July hearing, the government agreed to minimum standards for the housing and treatment of noncitizens under age 18. These standards included the right to a hearing before an immigration judge.

However, the Obama administration cut off the legal hearings in 2015, claiming more recent laws had voided the settlement. The ruling upheld the earlier settlement.

Many young people and families from Central America and elsewhere have been held for long periods of time in detention centers. However, even undocumented immigrants have rights to immigration hearings. Please contact our Texas family immigration attorneys to find out more.