In the days after the presidential election border immigration surged in Texas and a second temporary holding facility was opened up.

In a report NBC5 noted another surge of families and unaccompanied children who were fleeing high levels of violence and poverty in Central America.

The TV station noted the temporary shelter at the Donna-Rio Bravo International Bridge in the Rio Grande Valley city of Donna will house as many as 500 new arrivals, according to U.S. Customs and Border Protection. 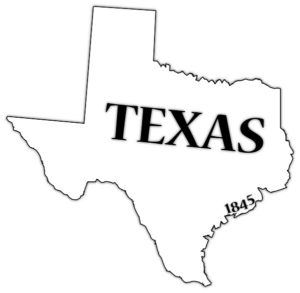 Texas is at the center of a border immigration surge

Although the election of a president who has been a vociferous opponent of immigration is a new factor, we have seen previous border immigration surges. Most of the new arrivals are young immigrants from Honduras, Guatemala and El Salvador.

The federal government has struggled to cope with surges from these countries that saw a spike in 2014.

Many migrant families are released from the centers after they have been processed. Nonprofit organizations help them reach relatives living in the U.S.

Reporters from NBC 5 visited a respite center in McAllen in Texas.

In more than two years of operation, volunteers helped more than 60,000 men, women and children crossed the border.

Workers at the center said many of the new arrivals turn themselves in when they cross the border. Patrol officers give them temporary permission to be in the United States before an immigration judge decides whether they should be returned to their home nations.

The center has been helping 250 to 350 migrants every day. Many of them have relatives in the United States who they go on to stay with.

Border Immigration Surge is Concentrated on McAllen in Texas

A CNN report suggested the surge was underway even before the election at the prospect of a Trump victory.

The Department of Homeland Security announced 46,195 people were apprehended in October 2016 at the southwest border in October. Many of them crossed the border near McAllen in Texas.

The number was up almost a fifth on the previous month. Officials sent 150 more agents to this part of the border in Texas to help handle the influx.

Many of the migrants are fleeing gang activity persecution and extreme poverty in Central America. Some of these factors could make them eligible for asylum.

If you are an undocumented immigrant you could face deportation and should contact our Austin cancellation of removal lawyers as soon as possible by calling (512) 399-2311.