Recently, US President Donald Trump revived an idea that has been discussed ever since the terrorist attacks of Sept. 11, 2001 – namely stripping U.S. flag burners of their citizenship.

In December, Trump proposed that Americans who burn the flag could lose their citizenship, as well as their right to vote, as a punishment.

Trump aired his views after the flag was removed from its flagpole and burned at Hampshire College in Massachusetts during one of the protests about his election. 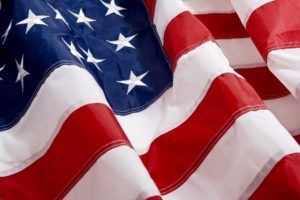 Burning the U.S. fag is protected by case law

Although it sent a powerful signal there are some strong legal obstacles to such a stance against U.S. flag burners. The Supreme Court ruled many decades ago that the Constitution does not permit a person’s citizenship to be taken away against his or her will.

The landmark case of Afroyim v. Rusk in 1967 decided the Constitution does not allow the federal government to expatriate American citizens against their will.

In the case, the petitioner, who was born in Poland, became a naturalized American citizen in 1926. He traveled to Israel in 1950, and voted in an Israeli legislative election the next year.

The State Department refused to renew his passport. Officials said he lost his citizenship under § 401(e) of the Nationality Act of 1940 which states that a United States citizen shall “lose” his citizenship if he votes in a foreign political election.

The Court of Appeals held that Congress, due to an implied power to regulate U.S. foreign affairs, can strip an American citizen of his citizenship.

The U.S. Supreme Court declared that Congress has no power under the Constitution to strip a person of his United States citizenship unless he has voluntarily renounced it.

U.S. Flag Burners May Be Protected Against Criminal Sanctions

In 1989 in Texas v. Johnson, the Supreme Court invalidated criminal laws banning flag burning, ruling it was a form of political expression protected under the First Amendment.

Trump’s comments about U.S. flag burners concern David D Cole, a Georgetown University law professor who is due to become the national legal director of the American Civil Liberties Union.

He said it was “deeply troubling” that someone who is set to become the most powerful individual in the United States, appeared to not understand the principles of the First Amendment.

Even if Trump were to persuade Congress to enact a criminal flag burning statute, marking a shift in the balance between government power and individual freedom, those who were convicted under the law could point to the powerful Supreme Court precedents.

If you have a citizenship question or concern, please call Peek Law Group today for a consultation at  (512) 399-2311.