The link between the drug trade and crimes of violence has been an issue of debate for decades. Recently, a leading law enforcement officer in Austin has associated drug trafficking with a string of recent killings.

Reporters with the news channel KXAN spoke to Travis County Sheriff Greg Hamilton who said a series of murders were linked to the drug trade. Hamilton did not run for re-election and was replaced by Sally Hernandez at the end of 2016. The interview took place before the election.

He claimed a lack of law enforcement resources created a vacuum that allowed drug cartels into Austin and surrounding areas.

The former sheriff alluded to recent killings in the Del Valle area where a series of victims were shot dead. He claimed these crimes are drug-related. 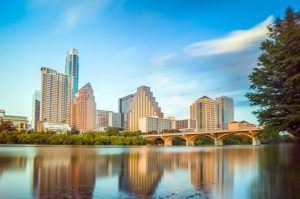 Drug trafficking in and around Austin is highlighted by police

In September, four people were found dead in a burning house in Del Valle. Police said they appear to have been killed before the fire started.

Hamilton said the killings and the perception they are linked to drug trafficking justifies greater resources. He asked Travis County commissioners for more funding.

“We’re still treating this city and county like it’s a small town. It’s not anymore and we need to have the law enforcement staffing out here, not only in the field, but administrative to do the paperwork.”

He warned the situation may blow up unless more resources are targeted at the problem.

Hamilton also blamed the lack of a narcotics unit in nearby Bastrop County.

That county’s interim Sheriff Rosanna Abreo said she recognized the problem and the need to work together on solving crimes. In the past resources were diverted away from drug crimes to property crimes and assaults, she said.

At Peek Law Group , we represent people who have been charged with drug crimes. Drug trafficking is one of the most serious narcotics crimes. You can read more about drug trafficking here.

There are a six different classifications of drugs when it comes to sentencing in Texas. The penalties for trafficking can vary depending on what drug is involved. We will work diligently to defend your rights, whether you are accused of trafficking marijuana, cocaine or heroin.