More than 1,800 offenders who were the subject of border arrests near Mexico in 2015 were classified as “high threat criminals” by the Texas Department of Public Safety.

However, the classification has since been questioned. A report found many of those arrested in the border operation were busted for drunk driving and failure to pay child support.

An analysis of the figures by Associated Press questioned claims those who were arrested posted a high threat, Fox News reported. 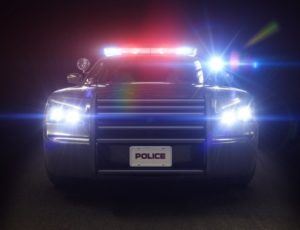 Many border arrests are for low-level offenses

The report said Texas Department of Public Safety once claimed conventional data fails to capture the danger to public safety and homeland security from border arrests. A $1 billion initiative was set up to secure the border.

Texas Lt. Gov. Dan Patrick claimed many of those who were arrested were illegally crossing the border.

The AP investigation took issue with this claim. The probe led the Department of Public Safety to recommend removing child support evaders from the high threat list.

But the department defended the data stating it’s not intended to measure border security, although the statistics are included in briefings to legislators.

The AP used the open records laws to obtain a list of “high threat” offenders across 60 counties in the border region. Investigators looked at jail records in Hidalgo and El Paso counties, border areas that had the highest numbers of arrests. Hidalgo County, located in the Rio Grande Valley, is one of the most prolific corridors for drug and human trafficking in the United States.

The Fox report said the “high threat’ crimes included a trailer that came unlatched from an RV and ended up in incoming traffic. The incident killed another driver more than 150 miles away from the border.

AP found speeding teenagers and cases of hit-and-run with no serious injuries were included in the same classification as killers and human traffickers.

Rep. Terry Canales, a Democratic state rep for the border city of Edinburg, said it was “shocking” that a person arrested carrying a small amount of cocaine in Odessa was classified as a high-threat criminal arrest on the Texas-Mexico border.

There was also criticism about the perceived lack of specifics in drug arrests. Many of the 2015 arrests were for possession of a controlled substance, but DPS fails to make a distinction between a tiny amount of cocaine and 50 pounds of marijuana brought in by a smuggler. The failure to pay child support was lumped in with sex crimes under offenses against the family.

If you have been charged with any drug offense or other crime near the border, there is a danger you will be wrongly classified as being a high risk criminal and treated unfairly.