As many as one in five female students are raped at their colleges and universities, according to the U.S. Department of Justice. The figures have fueled demands for rape kits on campus at one Texas university.

An article in USA Today reported that hundreds of people signed a Change.org petition asking the University of North Texas (UNT) to supply rape kits its campus health center.

The requests were opposed by officials who said costs made the request unfeasible. 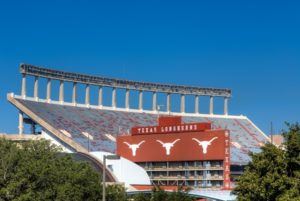 Rape kits have become a big issue on some Texas campuses

The article quoted a group of undergraduate students who said they were shocked to discover there were no rape kits available on their campus.

Their shock quickly became galvanized into a petition that attracted in excess of 500 names. The USA Today article pointed out as many as 20 percent of women who study at a university or other institution become victims of sexual assault. That statistics suggests as many as 3,000 women out of 36,000 at UNT will experience sexual assault during their time on campus.

The campaign failed to move university authorities. Spokesman Buddy Price said the health center at the campus is geared toward sexually transmitted infections, trauma, and pregnancy — as opposed to sexual trauma.

DNA evidence from these kits can also clear defendants who are wrongly convicted of crimes. In some cases, a defendant was convicted of sexual assault on the basis of false allegations.

Rape on campuses is has been a hot button for years. In 2014, Rolling Stone documented an alleged gang rape at the University of Virginia. The report came from an interview with an unidentified witness. The story later unraveled and the publication lost a defamation case brought by a former member of staff at the University in 2016.

Although sexual assault is clearly a serious problem at universities, our Austin criminal defense attorneys are well aware of the need for solid evidence. Texas, like many other states, has a large backlog in the testing of kits that threatens to impede justice.

If you have been accused of rape or another sexual assault, you should hire a seasoned Texas criminal defense attorney as soon as possible. Call us at  (512) 399-2311.