Texas Attorney General Ken Paxton has been dismissive of his looming criminal fraud trial but attempts to get the charges dismissed have been unsuccessful to date.

The Texas Tribune reported in November that attorneys acting for Paxton are no longer seeking to have the state securities fraud charge against him dismissed.

A deadline passed for attorneys to seek to persuade the state’s highest court to look into the case.

Texas has a long history of public officials being charged with white collar crimes and Paxton is just the latest. 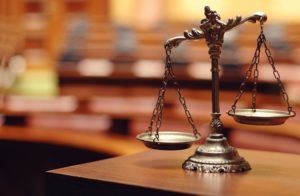 Paxton’s attorneys say they are confident in the strength of the attorney general’s case.

Paxton is accused of convincing investors to purchase stock in a North Texas technology firm without disclosing that he was being paid by the firm. He faces criminal charges in Texas based on the allegations. The charges stem from a time before he was the state’s attorney general.

The felony charges date back to Paxton’s private business deals in 2011 and 2012.

Although the federal case was dismissed last September, the U.S. Securities and Exchange Commission rebooted the case by filing amended allegations.

Texas Court of Criminal Appeals upheld Paxton’s criminal indictments. A trial is likely in Collin County in the spring. The burden of proof in the criminal proceeding is far greater than that of the SEC case, according to Paxton’s lawyers.

White collar charges such as fraud are notoriously complicated. We have seen a raft of cases like this in which public officials have faced expensive and lengthy court proceedings, only for the cases against them to collapse.

Former Texas governor Rick Perry was accused of abuse of power charges. The charges against him were dismissed by Texas’ highest court in 2016, reported the New York Times.

However, Dan Morales, a former Texas attorney general, was jailed for four years for mail fraud. He was accused in 2003 of mailing money in unearned legal fees to a friend. He subsequently admitted charges of lying on his tax return and mail fraud.