Texas has a high rate for exonerations as miscarriages of justice going back decades are addressed. In a high-profile case in November, the so-called “San Antonio Four” were cleared.

The Court of Criminal Appeals ruled the convictions of the four women failed the “smell test.”

According to AOL.com, they were convicted due to junk science, tainted testimony and misinformation over lesbian behavior.

The state’s highest criminal court ruled Elizabeth Ramirez, Kristie Mayhugh, Cassandra Rivera and Anna Vasquez were innocent of child sex assault crimes. Their criminal records will be expunged and they will be able to seek millions of dollars in compensation from the state of Texas. 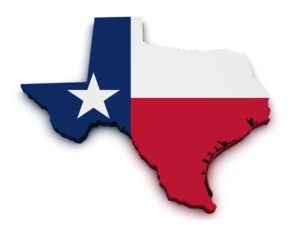 The four women were convicted of the crimes more than 15 years ago in 1998. They were accused by two of Ramirez’s nieces, aged 7 and 9.

The nieces claimed the four women sexually assaulted them after restraining them by the wrists and ankles in 1994 at Ramirez’s apartment.

The conviction was undermined after one of the nieces later said the crimes had not occurred and a family member threatened her into making the statements. Ramirez said she had turned down a marriage proposal from the nieces’ father before the allegations were made.

The AOL report stated testimony by pediatrician Nancy Kellogg, an expert witness used by the state, came under fire.

Kellogg told the jury there were physical injuries inflicted upon the girls which were consistent with satanic rituals prevalent among some lesbians.

Kellogg later retracted her testimony. She agreed with the defense team claims that there were no signs of physical abuse, the appeals court stated.

We have previously noted how expert witnesses have been discredited in Texas, in particular, Dr. James Grigson, who was nicknamed “Dr. Death” due to a large number of defendants who ended up on death row due to his testimony.

They four women had recently come out as lesbians. Prosecutors used their sexuality as a motive for the alleged crimes. The women refused plea deals before the trial and testified in their own defense.

Judge David Newell wrote in the majority opinion at the Texas Court of Criminal Appeals hearing that the women were innocent. He stated:

“Those defendants have won the right to proclaim to the citizens of Texas that they did not commit a crime. That they are innocent. That they deserve to be exonerated.”

The case of the San Antonio Four highlights how you can be convicted of a crime when there is scant little evidence in Texas. While child abuse cases shock communities, young witnesses can be impressionable and make false claims.

If you have been charged with a sex crime, it’s vital that you hire experienced legal representation. At Peek Law Group we offer vigorous representation in criminal appeals. Contact our Texas criminal defense lawyers here.