Trump spoke of deporting large numbers of undocumented immigrants during the election campaign. He mentioned the figure of 11 million.

However, in his first television interview since winning the election, he said he planned to deport 2 – 3 million undocumented immigrants when he took office.

The statements came in a “60 Minutes” interview, reported WFAA8. 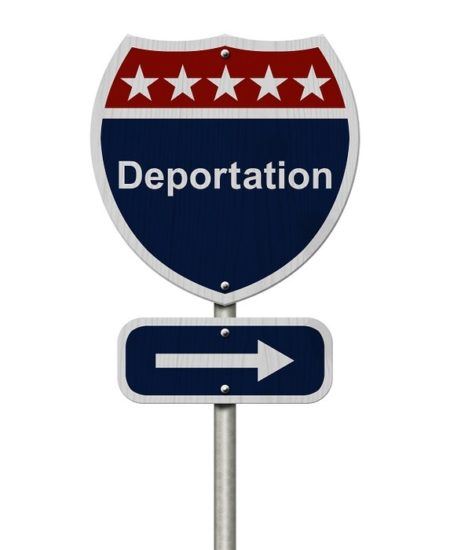 In the interview, Trump made it clear he’s targeting undocumented immigrants with criminal records. He said:

“We’re going to get the people that are criminals, have criminal records, gang members, drug dealers, – we have a lot of these people, probably 2 million, could even be 3 million, we’re getting them out of our country or we’re going to incarcerate.”

The WFAA8 report reflected the fears of undocumented immigrants who live in Texas.

They include Catalina Acuna. She lives in Irving where she moved from California. Acuna and her husband fled cartel violence in Mexico in 2000.

She has three children who were born in the U.S, and hence are citizens through birth.

However, Acuna is undocumented and fears deportation. As many as 1.5 immigrants in Texas are in the same category.

Acuna was more relieved to hear Trump appears to have reduced his deportation figure to one comparable with that of the Obama administration, which also placed an emphasis on deporting immigrants with criminal records in the last four years.

Although Trump appears to have softened his stance on deportations, there are no guarantees for the undocumented.

Trump maintains he will secure the border between the United States and Mexico, although part of the promised wall could be a fence.

After securing the border, he will make a decision on what to do with approximately 9-10 million immigrants who don’t have lawful status in the United States but have no criminal background.

He suggested these immigrants are “terrific people,” but gave no indication about his future plans for them.

If you are slated for deportation you should not assume it’s a lost cause, even if you have a criminal conviction. These cases have to be processed by the immigration courts. It’s often in the best interests of a family for its members to be kept together.

You can read about our Austin family immigration lawyers’ record in cancellation of removal cases here. Call us at (512) 359-3362.