We often hear reports about terrible conditions at private immigration detention centers. However, the sad story of the death of Jose Jaramillo after a collapse in a correctional center in New Mexico sheds new light on the issue.

Jaramillo was 60-years-old when he died this year. He collapsed at a correctional center a few years earlier but never fully recovered. A report in the Guardian alluded to a failure to give him medical care. An undiagnosed infection turned to sepsis and then to pneumococcal meningitis. Jaramillo’s health never recovered.

The Guardian noted 13 private immigration detention centers were due to be shut down following a critical audit that indicated they were much less safe than immigrant detention facilities run directly by the government. 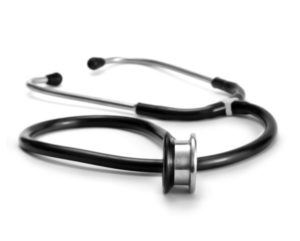 Jaramillo was in the middle of a three-year sentence when he collapsed inside his cell at the Cibola County correctional center in May 2008, the Guardian reported.

Cibola County prison was highlighted as having the worst medical care of all of the private immigration facilities.  The Department of Justice said medical complaints were the most frequent grievance of inmates. Although Cibola was slated for closure, that decision was reversed this fall.

The Guardian report noted Jaramillo’s crime had been to illegally enter the United States to be with his wife and children. After his collapse, he never fully regained his cerebral functions. His poverty-stricken family battled to keep him in America. They sued the prison’s private contractor, Corrections Corporation of America (CCA), for medical negligence.

Jaramillo was a diabetic. The report stated he should have been given a routine pneumococcal vaccine soon after he was diagnosed with diabetes. The Guardian pointed to what appeared to be major lapses in the standard of medical care at the facility.

The next few years are likely to see major immigration reform in Texas and elsewhere. Immigration detention centers remain a controversial idea and many commentators believe more may be built and operated by private companies. We have previously noted the furor over children being housed in Texas immigration centers.

If you are facing deportation or being housed in a detention center, it’s vital to hire an Austin immigration attorney as soon as possible. Contact us at  (512) 399-2311.