Although there are many uncertainties about Donald Trump’s presidency, one certainty is it won’t be business as usual. The election shock has raised the question of how an international business can prepare for a president who has expressed opposition to free trade.

As long ago as June 2016, Forbes was urging international businesses to prepare for a Trump presidency, even though the Republican was trailing in the opinion polls.

Trump had already warned some companies of the dire potential consequences of exporting jobs or investment.

He described Ford Motor’s decision to build a $1.6 billion assembly plant in Mexico as an “absolute disgrace,” saying it would never have happened under a Trump presidency. He also threatened a 35 percent tariff on Ford’s Mexican exports to the United States, a move that would have required the repeal of NAFTA.

The Carrier air conditioning plant was threatened with tariffs for moving production out of Indiana to Mexico. Trump later claimed to have saved hundreds of jobs at Carrier in the United States by offering a $16 million investment in the Indiana factory, even before he became president. 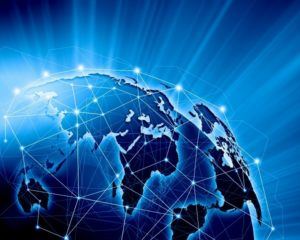 An international business should make changes

Forbes said international companies should adopt a “risk management approach” that will examine potential scenarios under the Trump presidency.

The agenda should be integrated in terms of public communications and government relations initiatives. Research and analysis should look at predictable impacts. These could include:

There are some major concerns about how an international business can adapt to Trump’s anti-immigration stance.

Many in the tech industry are concerned that the new president will kill the H-1B visa system. Companies like Microsoft and Apple rely on thousands of tech-savvy workers from countries like India.

Executives who rely on the H-1B program say it allows them to hire workers with specialized skill sets that they cannot find locally. Opponents complain that the system allows companies to overlook capable American workers in favor of foreign ones who cost less.

What An International Business Can Do Under Trump?

An international business must look carefully at its future skills needs and how to cope with the curtailment of a program.

Trump flip-flopped on H-1B visas as noted by the Washington Post. The inconsistency presents a challenge in itself.

It’s certainly prudent for businesses to prepare for change. For instance, Trump previously proposed increasing the prevailing wage for H-1B visas and adding a recruitment requirement that companies must try to find American workers before hiring foreign ones.

You can find out more about H-1B temporary visas for skilled workers here on our website.

Companies that are not using E-Verify to check the immigration status for immigrants would be wise to look into it.

About 650,000 employers are currently enrolled in E-Verify, It’s unlikely to be a voluntary system any longer. In a 2016 position paper on immigration, Trump said he would mandate E-Verify across the country. He said the move would “protect jobs for American workers.”

Although Trump’s unpredictability has been a trademark of his path to the presidency, the broad direction of his changes is clear. As an international business, you should anticipate the changes now and make contingencies.