The Trump administration’s unsympathetic stance to sanctuary cities will face staunch opposition in Austin. New sheriff Sally Hernandez has highlighted the value of policies intended to keep immigrant families together.

When ICE makes these requests, federal agents ask county jails to hold immigrants if the feds suspect they might be in the country illegally.

Detainer requests are sometimes illegally placed and done so without a warrant. 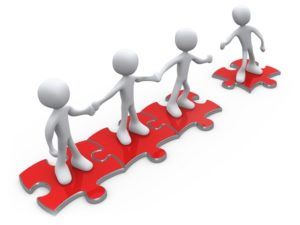 In late 2016, a federal judge in Illinois ruled that ICE was exceeding its legal authority when it makes requests for local jails to hold non-citizen inmates. It’s a finding that could apply to the rest of the county if replicated by the appellate courts.

The term “sanctuary city” is not a precise legal term. Indeed, Austin has already appeared in lists of sanctuary cities in Texas.

These municipalities won’t allow the use of municipal funds or money to enforce federal immigration laws in a bid to keep immigrant families together.

Often government employees in these cities are instructed not to inquire about the immigration status of residents and told not to report undocumented workers.

At a press conference shortly after the presidential election, Hernandez reaffirmed her stance against mass deportations. She said.

“The sheriff’s office will not be part of a deportation force that sacrifices hundreds and thousands of people, our neighbors, to a broken federal immigration system.”

Hernandez’s approach elevates the importance of keeping immigrant families together. Instead of deporting people who have committed minor crimes she puts the emphasis on family stability. As Austin family immigration attorneys, we know the difficulties new arrivals to the United States face. Studies have pointed out immigrants can revitalize and bring prosperity to struggling areas.

However, deportations split families apart, deprive children of parents, and families of breadwinners.

Supporters of Austin’s role as a sanctuary city already face a massive challenge. The Trump administration has promised a crackdown on sanctuary cities.

In Texas, Senator Charles Perry has submitted a bill that would require county jails across the state to cooperate with ICE when the agency seeks to deport undocumented immigrants

However, our website contains numerous accounts of immigrant families who would have been split apart and children left without a provider, had we not successfully fought for cancellation of removal.

If you are facing family trauma due to a pending deportation, we can help you. Please call our Austin immigration lawyers at  (512) 399-2311.