Attorney General Jeff Sessions has published a new directive calling for stricter sentences in criminal cases across the country.

The directive was sent to federal prosecutors. In a clear departure from the criminal justice policies of the Obama administration, it urged a ‘get tough’ approach to sentencing.

Sessions stressed charging and sentencing recommendations are “bedrock responsibilities of any prosecutor.”

He said prosecutors should not be micromanaged from Washington D.C. 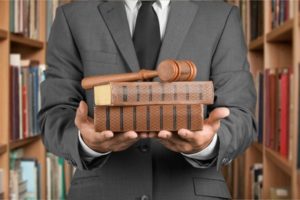 Sessions outlined his new instructions for charging decisions in federal cases. He said his first principle is that prosecutors “should charge and pursue the most serious, readily provable offense.”

He defined these offenses as those that carry the most substantial guidelines sentence, including mandatory minimum sentences.

The federal sentencing guidelines are advisory. They take into account a range of factors including a defendant’s criminal history to his or her cooperation with authorities. A report on CNN stated some judges have felt handcuffed by mandatory minimums which provide statutory sentencing minimums of months which a judge cannot depart from.

The call for stricter sentences in criminal cases was criticized by Eric Holder, a longtime attorney general in the Obama administration. He said Sessions’ directive was ill-informed, unwise and backward-looking.

Sessions withdrew a key part of Holder’s “Smart on Crime” initiative, which targeted the most serious crimes but aimed to reduce the number of defendants charged with non-violent drug offenses that would otherwise trigger the mandatory minimum sentences.

Holder said in 2013 the minimum sentences led to unduly harsh sentences in some cases.

During the Obama administration, federal prosecutors were instructed not to charge someone with a drug crime that would trigger a mandatory minimum sentence when some factors were met, namely:

Sessions’ new guidelines are likely to be felt the most by drug offenders, with even first time offenders facing a long time behind bars.

Even drug possession can be charged in the federal courts and carries a stiff sentence. Read more about this offense on our website.

If you have been charged with a federal crime, it’s vital to get experienced representation. Please call our experienced Austin criminal defense attorneys at (512) 399-2311.