Recent comments by new Attorney General Jeff Sessions have rekindled the debate about whether marijuana legalization is linked to violent crime.

Sessions’ remarks come at a time when an increasing number of states have legalized marijuana including Colorado, Oregon, California, Washington and Maine. The drug remains illegal in Texas. 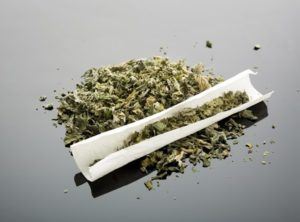 The new attorney general is a long-term opponent of marijuana. He recently linked it to elevated levels of violence. Sessions said:

“I don’t think America is going to be a better place when people of all ages, and particularly young people, are smoking pot. I believe it’s an unhealthy practice, and current levels of THC in marijuana are very high compared to what they were a few years ago, and we’re seeing real violence around that.”

Sessions detailed a meeting with Doug Peterson, the attorney general of Nebraska. A report in the Huffington Post stated Nebraska’s attorney general is worried about marijuana entering the state from neighboring Colorado, which legalized weed in 2012.

Nebraska and Oklahoma filed lawsuits against Colorado in a bid to overturn state laws allowing the sale of recreational marijuana. These actions were unsuccessful.

The comments of Sessions and White House press secretary Sean Spicer, may signal a federal crackdown on Marijuana and put the federal government on a collision course with states that legalized pot.

Spicer’s comments appeared to open the door for a Trump administration crackdown on recreational marijuana.

He said states that legalize marijuana will see greater enforcement of federal laws.

There are contradictory studies regarding whether marijuana use is linked to violent crime. The legalization of marijuana has taken place too recently in many states for in-depth research to be carried out.

However, the results of a 16-year study published in the journal PLOS-One, suggested medical marijuana laws had no impact on any of the Part I offenses.

If you have been charged with a drugs offense in Texas, you could be facing a heavy penalty. Call our Austin criminal defense team at (512) 399-2311.