The vigorous approach of the Trump administration in deporting undocumented immigrants is under fire from an unlikely source. A group of police chiefs is objecting to Trump’s plan to enlist their officers in deportation actions.

An article in The Guardian referred to a joint letter signed by more than 60 police chiefs. It appeals to Trump to retreat on his pledge enlist police officers to deport millions of unlawful immigrants.

The police chiefs of four major Texas cities – Austin, Houston, San Antonio, and Dallas are among the signatories. 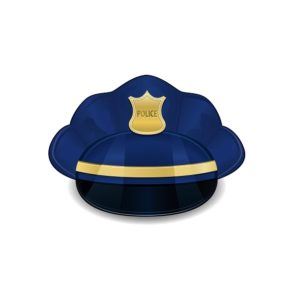 The letter was signed by 61 current and former local police chiefs and sheriffs. Many of them come from southern Republican states including Texas, Alabama, Arizona, South Carolina and Florida.

The letter was penned under the auspices of the Law Enforcement Immigration Task Force. It’s a coalition of senior law enforcement experts gathered together by the National Immigration Forum.

President Trump is not mentioned by name but the letter references his administration’s policies of forcing police to play a more central role in deportation actions.

One of Trump’s first executive orders saw the overturning of the Priority Enforcement Program (PEP), which was put in place by his predecessor Barack Obama, reported the Guardian.

The PEP entailed the creation of customized agreements between the federal government and local law enforcement jurisdictions related to joint working. Immigration agents focused on rounding up and deporting undocumented immigrants who committed serious violent crimes.

It replaced a previous policy that also targeted those with minor offenses or no criminal records at all.

Some police chiefs like Charlie Beck, who has led the Los Angeles Police Department (LAPD) since 2009, have flatly opposed Trump’s moves to use local police forces as adjuncts to federal immigration agents

Austin in Texas has been leading the fight against immigration holds. When Immigration and Customs Enforcement (ICE) officers believe a defendant in a jail may be an undocumented immigrant a detainer request is made to local authorities to hold the individual. Austin is opposing these hold requests unless the immigrant has committed a serious crime like a homicide.

A report in Courthouse News said Travis County, which includes Austin, accounted for more than two-thirds of the refusals: 142 in total.

Deportation actions are often emotive and break up families. If they lose a breadwinner, they may no longer be able to function as a family unit.

At Peek Law Group , we are committed to keeping families together and have fought numerous cancellation of removal actions. Call us at (512) 399-2311.