There has been much publicity about sanctuary cities in recent months. These are locations that won’t cooperate with federal agents who want them to detail people thought to be illegal immigrants. However, some Texas counties want to cash in on immigrant jails to help their coffers.

A report on CBS stated several counties in Texas are struggling with debt because their jails have few or no prisoners. They hope to fill up those empty cells with immigrants who entered the country illegally.

The CBS report referred to historic debts that stretch back to the 1990s and early in the 2000s, a time when many rural counties in Texas were suffering from depopulation.  They built correctional centers to attract money and jobs. Some of these facilities were intended to house hundreds or even thousands of immigrants. Politicians in these cash-strapped counties hoped to bring in inmates from neighboring counties as well as prisoners for the state and federal governments. 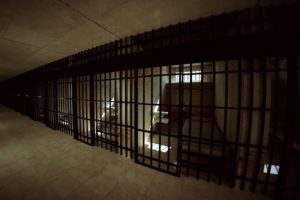 Some Texas counties are making money from immigrant jails

The CBS story noted the strategy worked in the short-term in many of these counties. However, a fall in crime and a shift away from incarceration in Texas left thousands of empty jail cells.

These spiraling debts are leaving many facilities looking to cash in on an anticipated spike in arrests of undocumented immigrants by the Trump administration.

Trump signaled his crackdown on undocumented immigrants with criminal records in January. Since then Immigration and Customs Enforcement (ICE) mounted a series of raids in Austin and elsewhere in Texas.

By entering federal contracts to house some of these immigrants, the rural counties can make money. Alternatively, they can sell vacant detention centers to private companies that will enter contracts with the federal government.

The station contacted officials in Jones and Marverick counties who confirmed their empty correctional centers were in the process of being bought by a private prison company known as the GEO Group Inc., This group controls the most immigrant jails of any private company operating in the State of Texas.

This is an uncertain and difficult time to be an undocumented immigrant in Texas. In some cases, immigrants who have minor criminal offenses on their record have been deported. If you are seeking cancellation of removal, read our resources here. Please call our Austin family immigration attorneys at (512) 399-2311.