The characteristics of H-1B visa specialty occupation workers were examined in a recent report by the Department of Homeland Security and U.S Citizenship and Immigration Services.

The report was entitled Characteristics of H-1B Specialty Occupation Workers. It took an in-depth look at visa holders in the 2015 fiscal year.

During that year, employers submitted more than 275,300 requests for H-1B visas. The number of petitions filed increased by 9 percent year on year.

The report highlighted the fact Indians are the largest beneficiaries of H-1B visas. In fact, 71 percent of visas approved in 2015 went to Indian-born recipients. China was a distant second at 10 percent. Canadians were the next most sizeable group. 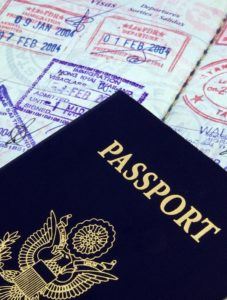 Most H-1B specialty occupation workers are from India

The specialty occupation workers tend to be young. Just over 70 percent were aged between 25 and 34 years of age at the time their petitions were approved, the report states. Almost half of beneficiaries of a first H-1B visa were under 30.

The majority of foreign workers brought to the United States on an H-1B visa worked in the computer and IT industries. The computer industry used 66 percent of the available visas in 2015. Administrative specialties and education were also listed as areas that employ considerable numbers of specialty occupation workers.

The most prevalent types of jobs taken by overseas workers in the computer industry were as analysts and programmers.

The survey reinforced how H-1B visas are used to bring over workers with very specialized skills sets.

How Much are H-1B Specialty Occupation Workers Paid?

The median annual compensation reported by companies that used H-1B visas to hire overseas workers was $79,000. Those hired for a second three-year term were paid $95,000 on average.

The Department of Homeland Security and USCIS report reinforces the importance of the H-1B visa program to Indian workers. It also highlights the high skill level many of these workers have.

The H-1B visa program has come under fire in recent months amid allegations that it is used to undercut the wages of American workers. However, the data in the report suggests specialty occupation workers are generally not being paid low wages.

Our experienced Austin immigration lawyers can answer your questions about H-1B visas and how your company can apply for them.  Call us for a consultation at (512) 399-2311.