A controversial alien smuggling law that brings harsh penalties against people who harbor undocumented immigrants has been reinstated by the courts.

A three-judge panel rejected the claims of the plaintiffs. Landlords said renting out houses or providing social services to undocumented immigrants could put them at risk of action. By not suffering a detriment, they lose legal standing to bring a court action. 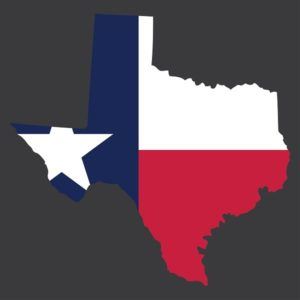 U.S. Circuit Judge Jerry E. Smith said there was no reasonable interpretation to claim the act of renting housing or providing social services to an unlawful immigrants constituted harboring them from detection.

The case was brought by two Texas landlords. The judge ruled they lacked standing because they were not able to show how the law put them at risk of prosecution, Courthouse News Service reported.

The landlords from San Antonio claimed the Texas law was unreasonable and unconstitutional. They rely on rental property income to pay the mortgages on the properties and support themselves.

They were joined in opposing the legislation by Jonathan Ryan who heads up the Refugee and Immigrant Center for Education and Legal Services (RAICES).

The center provides affordable and free services to refugees. It also provides short-term shelters for refugees on bond from immigration detention centers.

Concerns over the Alien Smuggling Provisions

The plaintiffs filed an action in San Antonio federal court last January stating they feared criminal prosecution under Texas’ harboring law. A year ago, a federal judge allowed their motion for a preliminary injunction.

The Mexican American Legal Defense and Educational Fund, which also sued to challenge the harboring provision, took some solace in the judge’s comments.

Nina Perales, MALDEF vice president for litigation, said the court ruled the landlords were not harboring undocumented immigrants under the terms of the statute.

In the wake of the U.S. Fifth Circuit Court of Appeals hearing, Texas Attorney General Ken Paxton said the ruling will allow the state to enforce the alien smuggling law and fight the smuggling of “illegal contraband.”

The Texas immigrant harboring legislation is controversial. Opponents claims it infringes on the U.S. Constitution’s Supremacy Clause because enforcement of immigration is a federal area of responsibility. It also raises concerns that family members may who take in undocumented immigrants could be accused of alien smuggling and hit with heavy sentences.

If you are accused of violating immigration or criminal laws, please contact our Austin family immigration attorneys here.