Interrogations by U.S. Customs and Border Protection officials have dominated the news in recent months as the federal government imposed travel bans and clamped down on refugees.

The new reality means it’s more difficult to get into the United States, even if you have the correct documentation.

The story of Celestine Omin, a Nigerian engineer, is a case in point. Nigeria was not on the list of the seven predominantly Muslim nations named in President Trump’s first executive order. It was not in the list of six nations in the revised order announced in March. 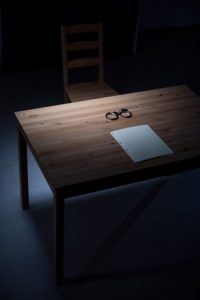 That didn’t prevent Omin being subjected to a long interrogation at the hands of U.S Customs and Border Protection.

The 28-year-old software engineer left Lagos, Nigeria in February to make his first trip to the United States.

He was working for a startup called Andela that connects leading talent in Africa with the United States. Less than one percent of applicants are accepted for the program backed by Facebook. The start-up wanted Omin to create a JavaScript application for emerging markets. He traveled on a short-term visa.

When he landed in the United States, Customs and Border Protection took Omin aside and started to interrogate him.

The border agent escorted him into a small room and told him to sit down. He waited another hour until a different customs officer came in, according to media reports.

He was asked the following question by a U.S. Customs and Border Protection official, according to CNN.

“Write a function to check if a Binary Search Tree is balanced.”

He was told that he didn’t look like an engineer. The official asked him to take a test to prove it, according to Andela. He was given a white sheet of paper and two very difficult computer science questions to answer.

Omin said he went for 24 hours without sleep. The questions seemed opaque and open to more than one answer. He said officials told him his answers were incorrect.

On 5 February 2017, NASA Jet Propulsion Laboratory (JPL) scientist Sidd Bikkannavar, who is US born, claimed on Facebook he was detained by Customs and Border Protection officials. He was returning to the U.S. from Chile. He claimed the officials took his phone and demanded access to its stored data.

If you are traveling in or out of the United States on a visa, a green card, or any other immigrant certification, it’s more important than ever to have all of your documentation on you. Find out more about work-based visas here, or contact our Austin immigration lawyers at (512) 399-2311.