The new administration’s so-called “extreme vetting” policies are inherent in the recent travel bans. They extend to stepping up the monitoring of social media platforms of foreign visitors to the United States.

Recently, the U.S. Department of Homeland Security (DHS) confirmed it is continuing to expand the scrutiny of the social media presence of travelers from abroad and foreign nationals who are applying for U.S. immigration benefits.

John Kelly, the Secretary of Homeland Security said the Trump Administration’s “extreme vetting” policies could include requesting foreign visitors to provide details of their use of social media and other websites.

The move would represent a more intrusive approach to vetting. Currently, the DHS asks some foreign visitors to the United States to voluntary disclose this information. Last summer, the federal government announced foreign visitors would be asked to disclose their social media accounts, although the request was not compulsory. 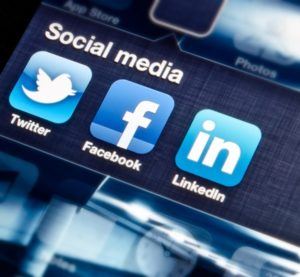 Since December, visitors entering the United States from visa waiver program (VWP) countries have been asked about their social media use. The request includes asking them to name platforms and usernames via an optional question on the Electronic System for Travel Authorization form.

The U.S. Department of State and U.S. Citizenship and Immigration Services (USCIS) use publicly available information from social media information in fraud investigations and other adjudications.

However, Kelly upped the stakes in February in the wake of a travel ban affecting refugees and visa applicants from seven (now six) Muslim-majority countries. Visitors would be asked to hand over their login details for Facebook, Twitter, and other social media sites as part of the standard security check

Extreme Vetting of Foreign Visitors is Stepped Up

The Trump administration has raised the prospect of “extreme vetting.” It is yet to flesh out the details. Secretary Kelly, however, has made it clear in comments to Congress that it’s likely to including asking foreign visitors to supply passwords and user names for social media accounts. Failure to do so could result in a denial of access to the country.

Foreign visitors may already have their electronic devices such as smart phones, laptops or tablets searched by U.S. Customs and Border Control officials.

Trump has also been short on specifics about extreme vetting. In a speech during the election campaign in 2016, he referred to “extreme, extreme vetting,” intended to bar anyone who does not share “American values” from the United States,

He said until an appropriate test is ready, the U.S. should temporarily suspend immigration from countries with histories of spawning terrorists.

Two executive orders containing travel bans have been released to date, but we know little more about extreme vetting.

It’s clear that this is an uncertain time to travel. The rules are changing fast. Make sure to have the correct documents such as visas with you all the time when traveling Be cautious about what you post on social media.

If you encounter any problems, please contact an experienced Texas immigration attorneys. Call us at  (512) 399-2311.