The Trump administration’s approach to undocumented immigrants is frequently in the news. Less well known, is how the new president is taking on legal immigration.

Trump has also sought to change the way the United States deals with documented immigration and people who arrive here on work visas.

The travel ban announced in March bans travel from six predominantly Muslim countries. New visas have been suspended for people from Iran, Syria, Somalia, Libya, Yemen and Sudan. The ban was challenged by states including Hawaii.

Statements and leaked draft memos, have added to speculation about how legal immigration could be curtailed, reported Mother Jones.

This is a complex area. The issue of visas and which one you should apply for was confusing before Trump was elected and a period of flux began. You can find out more about visas on our website. There are as many as 76 categories of visas. Many are temporary non-immigrant visas. There are also immigrant visas that provide a potential pathway to citizenship. 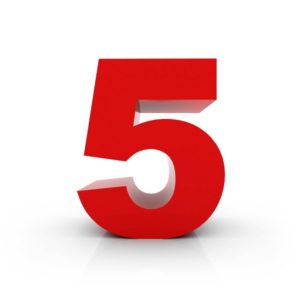 Here are how some visa holders or applicants will be impacted

F-1: Student Visas
An F-1 visa is necessary if you plan to attend a university in the United States or a college, high school, private elementary school, seminary or another academic institution.

Many students holding F visas were affected by the travel ban. Four thousand Iranian students were affected by the ban, according to Mother Jones. A report in Fortune estimates colleges in the United States stand to lose as much as $700 million annually without the students’ funds. Trump did not specifically address student visas during the election campaign. However, he called for an end of the J-1 visa program for visiting academics and professors.

The H-1B visa program is important to technology companies that allow foreigners who work in a “specialty occupation,” such as engineering, technology, business or mathematics. Visa recipients have the option to renew their visas for a further three years so long as they remain employed. The number of H-1B visas is capped at 85,000.

Trump’s stance on the H-1B visa has varied. He accused visa holders of taking American jobs and said he would end the use of the visa as a tool to give overseas workers cheap jobs. However, he has also said the visa brings talented people into the United States.

In March, immigration authorities announced the expedited processing of H-1B visas, which allowed skilled workers to pay more for faster approval to work in the United States, would no longer be available from April 3.

All applicants will have to wait the standard period to see if they have won the “lottery.” Under the temporary suspension, they will no longer be able to pay an additional $1,225 for a guaranteed answer after 15 days.  Restrictions may also be imposed on spouses and children of H-1B visa holders.

EB-5 visas are a form of legal immigration because those awarded them and their families can qualify for green cards. However, investors must pump at least $1 million into the economy, or $500,000 in deprived areas.

Proposed amendments from the Department of Homeland Security would raise these investment amounts to $1.8 million and from $500,000 to $1.35 million in deprived areas

The EB-5 program brought in high investment from nations such as China but critics claim it opens the door to money laundering and other security risks. In some cases, investors have lost their money and not qualified for a green card. Sens. Diane Feinstein (D-Calif.) and Chuck Grassley (R-Iowa) have cosponsored a bill to end the program

H2 visas allow U.S. companies to hire agricultural workers or other non-skilled workers like hotel staff on a seasonal basis provided that employers prove that they could not fill these position with citizens.

There are a limited number of these visas. So far, there are few indications that the system will be reformed.

Trump’s travel ban would affect geniuses from the six specified countries. The Mother Jones article speculated it could impact the U.S. bid to host competitions like the 2024 Olympics.

If you need help in applying for a visa for yourself or a worker, please contact our experienced Austin visa lawyers today at  (512) 399-2311.