The case of Daniela Vargas, a young immigrant detained by ICE agents moments after criticizing immigration raids, made headlines across the country.

Attorneys for the 22-year-old Dreamer filed a petition in federal court asking for her immediate release.

A CNN report stated Vargas was arrested in March, shortly after sharing her family’s immigration story at a news conference in Jackson, Mississippi. She detailed the arrests of her father and brother by Immigration and Customs Enforcement (ICE) agents. 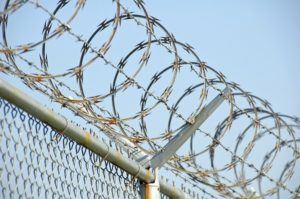 Vargas is an Argentinian citizen. She came to the United States with her family at the age of 7. She is an undocumented immigrant but was later granted DACA status. Beneficiaries of President Obama’s Deferred Action for Childhood Arrivals action are often called “Dreamers” but the DREAM Act never became law.

What Was The DREAM Act?

The Development, Relief, and Education for Alien Minors Act, or “DREAM Act,” was first introduced in Congress in 2001. Despite a big push in 2010, the federal DREAM Act never became law. The DREAM Act would have allowed certain illegal immigrants who arrived in the United States as children and who are now in college or the military, to attain legal status and qualify for citizenship.

Obama’s DACA program protected about 800,000 young people from deportation and made them eligible to work. An extension was opposed and foundered last year when the U.S. Supreme Court split.

The CNN report said Vargas’ DACA status expired last November. She delayed reapplying until February because she could not afford the minimum $495 renewal application fee. The government recommends recipients of the DACA program apply for renewal approximately 120 to 150 days before their status expires.

Lawyers acting for Vargas contested her arrest. They said the ICE agents arrested Vargas because she exercised her First Amendment rights, according to a habeas petition filed in US District Court in Alexandria, Louisiana.

Her attorneys said her Fifth and First Amendment rights were violated by the actions of the ICE agents.

On March 10, attorneys for the Argentinian said she was to be released from the ICE detention center in Louisiana. They expressed concern the deportation order against her was not rescinded.

These are difficult times to be an undocumented immigrant. If you or a family member is facing deportation in Texas, please call our immigration lawyers at (512) 399-2311.