As ICE raids intensified in Texas in recent months, the lines at passport offices filled up with immigrants seeking to get U.S. passports for their American-born children.

The surge of undocumented immigrants at passport offices in Texas and elsewhere was noted by the Texas Tribune.

The rush to get U.S. passports comes on the back of Immigrations and Customs Enforcement (ICE) raids in Texas. Although they have targeted undocumented immigrants with criminal records, others have been caught up and deported.

The arrests of 51 people in the Austin area in February, sparked an outcry, The Statesman reported. It was part of a national operation that led to the arrests of 680 immigrants who the federal agency deemed threats to public safety. 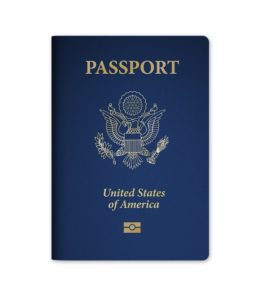 The arrests marked a shift from previous policy.  ICE agents picked up more undocumented immigrants without criminal records than in raids under the Obama administration. USA Today reported about 74 percent of people arrested had committed crimes, compared with a figure of 90 percent under raids during the latter stages of the Obama administration.

Immigration officials said Operation Cross Check led to the arrest of 23 people with criminal convictions and some violent offenders.

The Tribune article noted an increase in applications for U.S. passports across Texas.

“There’s uncertainty and worry among the community. People are realizing they have to file the right paperwork. Children who are born here, with Salvadoran moms or dads, are being registered so they have dual citizenship.”

A similar trend was noted at the Mexican consulate in Austin. Carlos Gonzalez Gutiérrez, the Consul General, reported an increase in applications for U.S. passports and birth certificates since Donald Trump won the presidential election in November. He said the recent round-ups of undocumented immigrants in Austin alarmed immigrants and more non-criminal immigrants were detained ICE agents than previously.

The consulate organized its first custody session to help undocumented Mexicans to understand guardianship. Many are contemplating leaving children with documented immigrants if they are deported. Immigrants have also asked about property rights because they are concerned about their houses being taken away.

If you or a family member is facing deportation, our Austin cancellation of removal lawyers can help you. See our resources here. We can also provide advice on documentation for citizenship applications. Call us at (512) 399-2311.