When the Trump administration attempted to implement a travel ban affecting seven mainly Muslim countries in January, many doctors and medical workers were trapped in the United States or abroad. The administration’s travel policies continue to be a threat to the healthcare sector, according to commentators.

The chaos unleashed in the medical sector in the short time the travel ban was in place highlights a little-known fact about the U.S. healthcare industry – its reliance on foreign workers.

Arguably, the reliance of our hospitals and other facilities on skilled foreign workers is almost as great as that of agriculture on unskilled and undocumented migrants.

An article in Vox highlighted how the Trump administration’s restrictions on overseas workers might affect the healthcare industry. 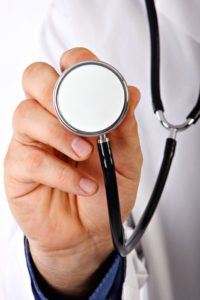 Here are some of the ways healthcare is affected:

1 The shortage of doctors and surgeons is exacerbated

The Vox article stated nearly 30 percent of surgeons and doctors who work in the United States are from other countries.

A survey from the Migration Policy Institute in 2015 found 27.9 percent of doctors and surgeons are sourced from overseas. It found 22.3 percent of all healthcare workers are immigrants.

A letter from the American Medical Association to the Secretary of Homeland Security highlighted the present crisis in healthcare. It stated:

“Many communities, including rural and low-income areas, often have problems attracting physicians to meet their health care needs.”

The Vox story revealed Iran and Syria are among the top 10 countries that send doctors to the United States. Both countries appeared on the list of nations impacted by January’s travel ban and are likely to be part of a future ban.

The Migration Policy Institute study found 5,000 Syrian-born doctors were working in the United States in 2015. It found there are 9,000 Iranian doctors here.

Compared with US-trained doctors, overseas practitioners are more likely to be working in areas with skills shortages like rural locations. They also do a disproportionate amount of work.

In some key areas, doctors from overseas make up as much as half of the workforce. In geriatric medicine, 50.7 percent of doctors trained abroad. The figure for nephrology (kidneys) is 47.2 percent, and 43.6 percent of specialist cardiac doctors are from other countries.

How the Travel Ban is Already Impacting Healthcare

The Vox article pointed out the Trump administration policies are already hurting medicine. Some doctors want to return home or fear they will be trapped abroad. The specter of visa clampdowns and travel bans in the future may impact the number of overseas doctors in American hospitals.

If you are a doctor who wants to work in America or a health provider looking to bring skilled work in from abroad, you should talk to our experienced Austin visas lawyers. See our resources here or call us at  (512) 399-2311.