VOICE is a new acronym but one that is likely to be heard more in immigration circles in the next few months.

President Donald Trump detailed proposals to create the Victims Of Immigration Crime Engagement (VOICE) office in his address to Congress on Feb. 28. 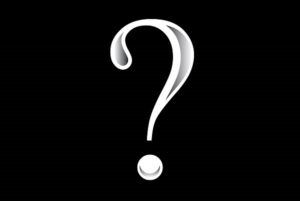 The new office would draw attention to crimes committed by unlawful immigrants and look at protecting the victims. It was created by the Department of Homeland Security under an executive order on Jan. 25. Trump said:

“I have ordered the Department of Homeland Security to create an office to serve American victims. We are providing a voice to those who have been ignored by our media, and silenced by special interests.”

Department of Homeland Security Secretary John Kelly said funds currently provided by the federal government to advocate for undocumented immigrants would be re-routed to fund the office.

Trump said the office will issue reports once a quarter. It will research the effects of the victimization by undocumented immigrants involved in criminality in the United States.

Trump invited family members killed by criminal undocumented immigrants to his speech and drew attention to them.

She expressed sadness that the President did not talk about the positive contribution made by immigrants or address Dreamers.

The Creation of VOICE – Do Immigrants Commit More Crimes?

A considerable body of research suggests Trump’s assumption that immigrants commit more crimes is misplaced. A study by the National Bureau of Economic Research suggested offending rates among immigrants are lower than the native population.

The New York Times noted most of the studies concur in concluding that immigrants commit fewer crimes. The American Immigration Council found immigrants are less likely to be incarcerated than people born in the United States.

We have also noted how an influx of immigrants into a deprived area can revitalize it and reduce crime.

In Texas, as in other parts of the United States, there have been high profile and horrifying crimes committed by unlawful immigrants. Terrible crimes have also been committed by American-born people. Claims that people from other countries commit more crimes than the U.S.-born population appear to be unfounded.

If you need help or advice on an immigration or a crime matter in Austin, Round Rock or elsewhere in Texas please contact our experienced attorneys here.