Under Donald Trump’s presidency, more immigrants fear “extreme vetting.” In turn, it has led to an increase in calls to immigration lawyers.

A report in the Washington Post noted the trend. The fear is not restricted to undocumented immigrants. Green card holders are desperately eyeing citizenship to allay their fears of deportation and permanent residents who are Muslims fear “extreme vetting.”

The concerns were apparent before the controversial immigration executive order in January that banned arrivals from seven predominantly Muslim countries for 60 days. Even green card holders from those countries faced extreme vetting.

The article also highlighted the case of a Hispanic couple in the Washington suburbs. One of them is in the country legally, the other is not. They are weighing up whether to apply for a provisional waiver. The undocumented spouse faces being stuck south of the border if the waiver request is denied. 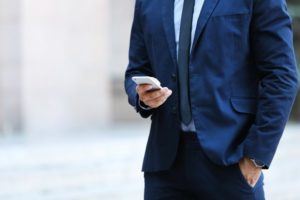 The Post noted how immigration lawyers say they have seen a surge in consultations, contact from immigrants and clients since Trump’s success on Election Day. The success of the anti-immigration candidate has alarmed arrivals in the United States. Texas immigration lawyers experienced a similar trend.

Immigrants fear many of Trump’s policies, including:

The “extreme vetting policy” has parallels with the period after the terror attacks of Sept. 11, 2001, when Muslims came under intense scrutiny.

The Post spoke to Joung E. Lee, who chairs the D.C. chapter of the American Immigration Lawyers Association. Her group’s members saw a 20 to 25 percent increase in calls and requests for consultations since the Nov. 8 presidential election.

An article in The Atlantic said some immigration lawyer have seen a ten-fold increase in calls since the election.

The Atlantic pointed out that Trump’s rhetoric about walls and religious bans has added to the anxiety felt by immigrants.

It’s sometimes forgotten that Obama was nicknamed the “deporter in chief.” He removed more than 2 million immigrants, more than all of the 20th Century presidents combined.

However, deportations slowed in the last four years of Obama’s term and he introduced immigration reforms to allow millions of undocumented immigrants to work in the United States. The bulk of his immigration reform was stymied in a deadlock in the Supreme Court last year.

We are well aware of the anxiety felt by immigrant families in Texas. We can offer concrete help and reassurance to immigrant families. See our success stories here. Call us for a consultation at  (512) 399-2311.