The effects of likely H-1B visa restrictions in the United States are being felt in India which supplies the largest number of skilled overseas workers under the program.

News that legislation affecting H-1B visas was introduced into the House of Representatives led Indian IT stocks to fall in late January. In March, the U.S. government ended a program allowing H-1B visas to be expedited.

The bill would force firms which take on workers on H-1B visas to double the minimum salary to prevent U.S. workers being undercut to $100,000. An article in First Post stated Indian tech workers fear far fewer companies in the United States will seek skilled foreign workers if the bill becomes law. 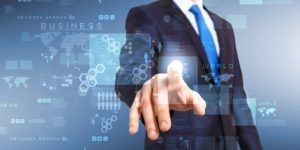 Rep. Darrell Issa, a Republican from California, introduced the bill that he said was intended to punish outsourcing companies.

Any company paying H-1B workers less than $100,000 would be required to show it couldn’t hire Americans for the same jobs.

There’s a similar requirement under existing law but the threshold is $60,000, a figure established in 1998 that exempts foreign workers with master’s degrees. Issa’s bill would remove that exemption.

Another bill introduced in the Senate would eliminate the lottery system for H-1B visas and give U.S. Citizenship and Immigration Services (USCIS) the task of setting up a “preference system” enabling foreign students educated in the U.S. to get priority on visas. This bill is also aimed at preventing companies using the visa system to “outsource” jobs, reported CNN.

The Trump administration has also made clear its willingness to change the H-1B visa program in a way that’s likely to restrict it.

Potential H-1B visa restrictions have alarmed many companies including technology giants and the biotech industry.

A Bloomberg article made it clear companies of all sizes that sustain the $324 billion U.S. biotech industry are alarmed by the immigration clampdown.

These companies rely on the world’s best scientists as well as researchers.

A crackdown on H-1B visas for these workers may set back important research including cancer treatment, according to executives.

Trump’s immigration travel ban may also affect expertise from overseas in the biotech industry.  Hospitals and universities are also likely to be affected. The ban to restrict travel from seven predominantly Muslim countries was blocked by the courts in February. The Trump administration is reported to be working on a narrower ban.

If you are concerned about H-1B visa restrictions, it’s important to get your application ready.