An important case that threatens heavy sanctions for immigrant harboring in Texas has come under scrutiny in a federal court.

A report on NBC News noted how a national civil rights group for Latinos faced off with Texas officials when the 5th Circuit U.S. Court of Appeals in New Orleans heard oral arguments against controversial reform measures.

In 2015, the Texas legislature enacted HB 11. The legislation included an immigrant harboring provision. Individuals accused of harboring immigrants could be arrested and prosecuted for providing shelter or even renting a home to undocumented immigrants. 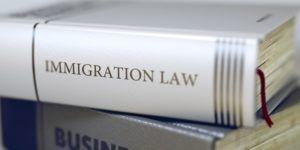 The Texas legislation does not directly target undocumented immigrants. However, it contains key provisions that can criminalize people who help immigrants.

The legislation singles out anyone who “encourages or induces a person to enter or remain” in the United States by shielding, harboring or concealing them.

As experienced Austin family immigration lawyers, we are concerned about the wide scope of this legislation. It has the ability to criminalize family members and creates a new classification of state felony offenses that did not exist previously.

MALDEF sued on behalf of two landlords who were in San Antonio and Farmers Branch. The landlords said it’s not their policy to ask tenants about their immigration status. They would not terminate their lease or evict the tenants even if they found they were undocumented immigrants.

Last April, a federal judge prevented Texas from enforcing the immigrant harboring provision as the MALDEF lawsuit proceeded. The state then appealed that ruling.

You can read more about this important case here on our website.

If you are concerned about a family immigration matter please contact us here. Our Austin immigration attorneys would welcome the opportunity to help you with your issue and to answer your questions. Call us at F:P:Sub:Phone} for a consultation in English or Spanish.