There is a commonly held perception that immigrant labor is cheap labor and immigrant workers are paid less than their American-born counterparts.

It’s a perception that’s not borne out by the statistics, according to an article in The Atlantic.

The article looked at one of the most talked about types of visas, the H-1B program that is used to bring skilled foreign workers to the United States.

The H-1B program was intended to help companies recruit workers with difficult-to-find skills. 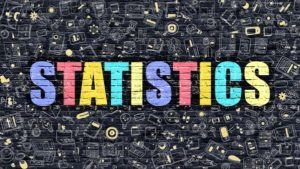 It became an issue during the presidential election when critics claimed it allows employers to hire thousands of cheap IT workers to replace American workers.

Supporters say the H-1B program is necessary to meet a skills gap and bring in the best talent from around the world. It’s used to bring over thousands of workers from India.

The Atlantic article pointed out foreign students are more likely to have expertise in STEM fields than Americans and many of them have been studying for years at universities in the United States.

As we point out on our website, these temporary visas are in high demand and companies seeking workers more enter a visa lottery.

A recent study has questioned the perception that these workers represent cheap labor from overseas.

A study released in late 2016 by economists at the University of California, San Diego, and Dartmouth College found that the average foreign worker in science and technology jobs makes only slightly less than American-born workers from the outset, equating to about 94 cents on the dollar. After working in the United States for five years, the average foreign STEM worker makes more money than the average American – $1.04 for every dollar their American colleagues make.

There are a number of theories behind these statistics. Foreign workers may acquire more work experience in the United States and study more. Another explanation is that after obtaining a green card, immigrants can end up in better-paying jobs. There’s a big disparity compared to non-STEM fields. In these areas, it takes two decades for immigrant workers to achieve equal pay with their American counterparts.

Gordon Hanson, an economist at the University of California and the lead author of the report, said the study revealed no evidence that H-1B workers were undercutting their native counterparts.

If you are seeking a visa for a foreign worker,  our Texas immigration lawyers can help you. Contact us here for more information.