A report in the Texas Observer stated CPS has not helped undocumented children who are victims of crime for well over eight months.

Last April, the agency abandoned its policy of giving certifications to special immigration visas. These protect victims of crimes who help law enforcement in an investigation. Attorneys and other advocates who file on behalf of child victims were given no explanation for the sudden policy change.

Glenaan O’Neil, a regional director of immigrant victims’ services at the Texas Civil Rights Project, filed a request for a young victim of domestic violence in May. The department told her it did not process such requests anymore. 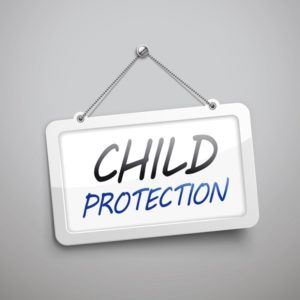 Congress set up U nonimmigrant visas in 2000. They provide protection under the Victims of Trafficking and Violence Protection Act. The U visas allow immigrant victims of crime to remain in the United States for up to four years while family members can apply for a green card.

The Observer report quoted Patrick Crimmins of Department of Family and Protective Services who said the decision in April 2016, to discontinue the certifications was part of a “routine review” of the agency’s protocol, which was in place since 2010.

“The legal department instructed CPS to discontinue the practice,” he said. It concluded certifications are more appropriate for criminal investigative agencies.

The criticisms of CPS go further than those related to undocumented children.

For decades, CPS in Texas has been criticized over underfunding failed to protect foster children from killings.

At the end of last year, the Star-Telegram reported state GOP leaders backed a request to hire 800 more workers. They agreed to grant pay raises to others.

CPS ignored threats to children in multiple instances, leading to many tragedies, according to the article.

The record of CPS is alarming to us as Austin family immigration lawyers. Peek Law Group help people with immigration issues and those charged with crimes. Contact us today at (512) 399-2311.