Also known as the “travel ban,” the order was meant to keep refugees from entering the United States for 120 days. It would have kept arrivals from seven predominantly Muslim nations out for three months. The countries were Iraq, Iran, Syria, Sudan, Libya, Yemen, and Somalia. The ban on Syrians was intended to be indefinite. The order was derailed in the courts and replaced by a second order in March which removed Iraq from a 90-day travel ban, did not apply to green card holders and did not make Syria the subject of a blanket ban. Syrian refugees would be banned for 120 days, reported NBC News. Visas approved before the order were not revoked.

A Seattle-based federal district judge, James Robart, blocked major parts of the first ban on 3 February, in a ruling that permitted thousands of people to enter the country. Three judges from the ninth circuit court of appeals in San Francisco upheld Robart’s ruling. The panel said the administration failed to present any evidence that citizens of any of the seven countries carried out a terrorist attack in the US.

The immigration executive order was the “extreme vetting” Trump promised during the election campaign. 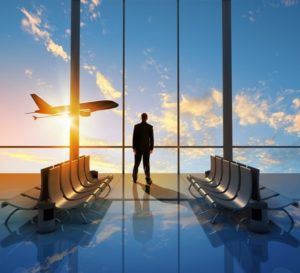 It sparked chaos, demonstrations and legal challenges. A report on CNN said the President’s team failed to run the travel ban past Justice Department officials.

There was widespread misunderstanding and confusion. The ban:

The government appeared to backtrack on the ban in relation to green card holders 24 hours after the original immigration executive order was signed but suggested they would be subject to intensive vetting.

Later, a federal judge in New York allowed an emergency stay for citizens of the countries included in the ban and ruled they could not be removed from the United States. A federal court in Washington issued a stay preventing travelers being detained from being returned to their home country.

In Boston, federal judges ruled officials did not have the power to detain people on the basis of the immigration executive order.

On Feb. 7, three federal judges from the ninth circuit court of appeals took evidence from lawyers from the Justice Department and Washington State about whether the judicial block on the travel ban should be lifted. They declined to lift it.

Should You Leave the County After the Immigration Executive Order?

These are confusing and difficult times for immigrants and those on visas. If you are from the seven affected countries, you should be wary of travel out of the United States, until the executive orders are clarified.

In early February, CNN reported Trump administration was easing restrictions on legal permanent residents who were initially affected by the travel ban.

The administration was reported to be close to closing an agreement with Canada. It would allow Canadian legal permanent residents with US visas to enter the United States.

This is a fast-moving situation. If you are from one of the seven affected countries, you should be careful about traveling unless you are a U.S. citizen. If you are a permanent resident, you should carry your green card with you all time. Keep a photocopy in a safe place at home. Non-immigrants who are lawfully present in the United States should also carry their documentation and have a photocopy in a safe place.

The legal framework should become clearer in the next few weeks but the legal stand-off may drag on.

Our Austin immigration lawyers can help you with questions. Read our frequently asked questions here to find out more about the firm or call us at  (512) 399-2311.