We have written before about the closure of the Austin DNA lab and speculation that it would open again in early 2017.

However, hopes for a speedy reopening of the lab have been derailed. A recent report found the lab bucked DNA standards for years but was given a pass.

The new set of DNA guidelines that were drawn up in 2010, were noted in the Statesman.

The influential Scientific Working Group on DNA Analysis Methods came to the conclusion that analysts should concentrate on the quality of a sample as opposed to the quantity of the evidence gathered at a crime scene, before deciding if they could confidently create a genetic profile. 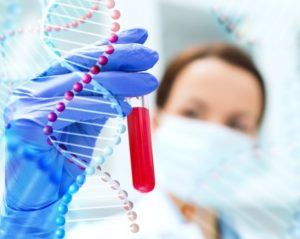 Austin DNA lab is under fire

The article highlighted the little-known but alarming fact that forensic labs in the United States are not formally regulated. Instead, they are subject to a set of evolving standards.

The working group in tandem with the National Institute of Standards and Technology drew up best practices.

Over the following five years, the organizations held many training sessions, visited labs and carried out surveys.

The experts warned using older methods of DNA analysis led laboratories to be overconfident in their findings,. The result was improper criminal prosecutions. The report said by 2015, every lab in the United States adopted the improved methods except the Austin DNA lab.

The lab in Austin appeared to be working fast on its caseload. Then last summer, former Austin police chief Art Acevedo said the lab would close temporarily to allow analysts to correct problems uncovered in the reviews.

The police department ordered the closure after concerns were raised by the Texas Forensic Science Commission. It found a lack of properly trained supervision and noted the requirement for the staff at the lab to learn the new federally required way of verifying DNA evidence.

Although the lab was meant to be closed temporarily, in December officials said it would close indefinitely.

The Statesman article cited interviews with workers that suggested the lab’s problems went back long before 2016.

Donna Stanley, the former DPS analyst originally hired to get the Austin lab off the ground more than 10 years ago, said inadequate methods were used for years.

The Statesman article warned a cluster of forensic facilities in Texas and across the United States suffered failures in the last decade. Shortcomings ranged from missing or stolen evidence, to substandard science and even faked results. These scandals have raised doubts about the science used to secure thousands of convictions.

Of just over 300 Texans exonerated for crimes, 142 — nearly half — were convicted based on misleading or false forensic evidence, according to the National Registry of Exonerations.

A report on Channel 5 quoted police sources saying the DNA lab in Austin may not now re-open until 2018.

As experienced Austin criminal defense lawyers, we are alarmed by these revelations. If you believe your conviction is based on faulty forensic evidence, please contact us here.