The U.S. Supreme Court has been considering the impact of the death penalty on the disabled at a time when the future of the ultimate sanction is in question.

An article in Baptist Press noted how the nation’s highest court is mulling the case of Bobby James Moore, a man with mental disabilities who received the death penalty for a murder he committed in 1980 at store in Houston, Texas.

His attorneys are arguing he cannot be executed because he is intellectually disabled and the execution of people with disabilities is contrary to a 2002 U.S. Supreme Court ruling. His case was heard at the end of November.

In the case of Atkins v. Virginia, the U.S. Supreme Court reached an important stance on the issues of the execution of inmates with intellectual disabilities.

The justices said executing an inmate with intellectual disability is in violation of the Eighth Amendment’s ban on “cruel and unjust punishments.” 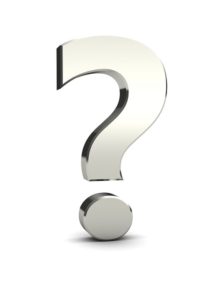 Does the death penalty apply to people with mental disabilities”

However, the court left it up to individual states to define mental disability.

During oral arguments in November, Moore’s legal team cast Texas as out of step with the rest of the country. They said the state departs from current clinical standards to diagnose intellectual disability. That definition is said to date back to 1992.

The Texas Court of Criminal Appeals didn’t buy the argument. The judges said Moore showed enough mental acumen to suggest he was not sufficiently intellectually disabled to be exempt from capital punishment.

Both sides agreed he had a harrowing childhood. He was beaten by his father and kicked out of home at the age of at 14.

Depending on the decision, the U.S. Supreme Court could further undermine the death penalty.

Already executions are down across the country, based on a variety of factors.

The Texas Standard noted public support is falling for executions. In the late 1990s, the Pew Research Center noted support for the ultimate sanction was 78 percent.

Robert Dunham, executive director of the Death Penalty Information Center, alluded to a poll last year that showed support was at a mere 49 percent.  He highlighted a recent poll taken in Houston that showed only 27 percent of respondents thought the death penalty was an appropriate response for murder.

Outside of Los Angeles, Harris County has produced more death sentences than anywhere else in the country.

If you have been charged with murder in Texas, you will face a very serious penalty and may end up on death row. Our experienced criminal defense attorneys provide vigorous representation for a murder charge. Please call us at  (512) 399-2311.