More than five million children in the United States are growing up with unauthorized immigrant parents and it places them at a disadvantage, according to research.

As many as a quarter of all children in the United States under eight-years-old are from immigrant families. 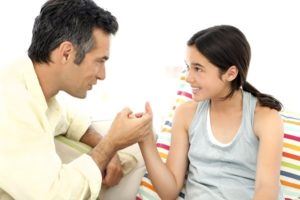 However, they grow up with the uncertainty of knowing that one or both of their parents may be deported. Many of these kids enter schools with unique needs that are different from those of U.S children overall.

Their challenges are different from those of children of lawful immigrants.

The report stresses they may face “linguistic isolation.” They are growing up in households that lack English proficiency and it affects their progress.

The research from the Migration Policy Institute found the children of undocumented parents are far more likely to grow up in high poverty levels. While many children of immigrants fare well in the United States, it is not the same for children of unauthorized immigrant parents who are not legally able to work.

The report suggests a lack of advancement into higher-paying jobs for children of undocumented immigrants stems, in part, from their parents’ unauthorized legal status.

Last year, a report from the Pew Center found the percentage of children of undocumented immigrants is increasing in schools.

In 2014, about 3.9 million kindergarten through 12th-grade students were from undocumented families.

At Peek Law Group , we fight deportations and aim to give families a more certain and hopeful futures.

If you require help with an immigration matter in Austin or elsewhere in Texas, please call us for a consultation at  (512) 399-2311.