Recently, a man was accused of using social media to solicit a 15-year-old Austin girl for sex. Police say he allegedly traveled all the way from Maryland to Texas to meet her.

The TV station KVUE stated the arrest affidavit for 19-year-old Ryan Richard Heller, claims he used Facebook and Skype to send sexually explicit messages to the teen girl. Her father later informed police he told the 19-year-old to desist from talking to his daughter. He feared she would run away with him.

Austin police say Heller allegedly took a bus from Maryland on Dec. 30, arriving in Austin on Jan. 1. Officers were called to the area of Slaughter Lane and West Gate Boulevard, according to the affidavit. 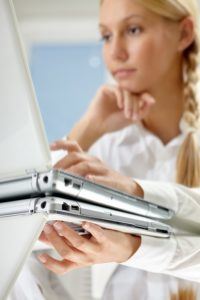 Heller was tracked down close to a church. The report said he informed officers he spoke to a girl on the computer. The KVUE report cited police documents alleging the 19-year-old knew the girl was 15 when he took the bus from Maryland for the rendezvous. Heller later told police he had inappropriate conversations with the victim, according to the affidavit.

Heller was arrested and charged with the felony of online solicitation of a minor. He was booked into Travis County Jail. The affidavit and jail records reveal he was being held on a $20,000 bond.

Online solicitation crimes have increased in recent years via the growth of social media sites like Facebook. This offense is also referred to as “cyber-stalking” or “internet solicitation.”

In some cases, offenders are caught in ‘sting operations.’ A law enforcement officer may pose as a child and engage in a dialogue. These kinds of operations can be legally dubious if they stray into the territory of entrapment.

Online solicitation is a serious offense in Texas. Online Solicitation of a Minor can be a third-degree felony, carrying a possible sentence of 2-10 years in prison and a fine up to $10,000.

More serious cases are charged as a Second Degree Felonies carrying a sentence of 2-20 years’ imprisonment and a fine of up to $10,000. People charged with the offense must serve 10 years on the sex offenders’ register.

If you have been charged with online solicitation, it’s important to hire a criminal defense lawyer as soon as possible. Call our Travis County Criminal defense team at  (512) 399-2311.