Homicides occur with an alarming regularity in Texas’ cities and locations such as Austin and San Antonio have seen a recent spike. However, not all homicides are treated the same. If you are convicted of a killing you may be sentenced to murder or the lesser offense of manslaughter.

The key difference between murder and manslaughter in Texas is the issue of intent.

A crime is charged as a murder when a life is taken with malice. However, a manslaughter charge can be brought if a victim is killed in the absence of malice or through recklessness. 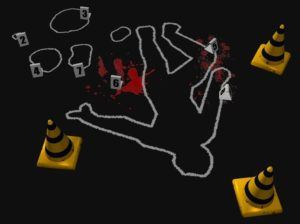 Killings may be murders or manslaughters

The State of Texas defines manslaughter as “a person recklessly [causing] the death of an individual.” When a prosecutor brings a manslaughter charge he or she must have enough evidence to prove the offender committed manslaughter beyond all reasonable doubt.

There is no requirement to prove maliciousness or premeditation as in the case of murder. The only requirement is to prove recklessness or carelessness.

Many states have a distinction between voluntary and involuntary manslaughter. However, Texas lacks this distinction. It recognizes a series of different types of manslaughter, namely:

In a well-known Texas case, a defendant was convicted of criminally negligent homicide when he heard a commotion outside his house, shot at what he thought was a dog and killed a person.

Manslaughter charges in Texas are second-degree felonies. On conviction, you can face a two to 20 years in a prison and a fine of up to $10,000.

Not all murders are equal. The crime is divided into first and second-degree murder in many states, In Texas, there is a distinction between “capital murder” and “murder.”

There are certain defined criteria for capital murder which carries the death penalty in Texas. You can read more here.

You can be charged with capital murder for.

1 The killing of a police officer or a firefighter

2 A killing for hire

3 Murdering someone while being in prison

You can receive the death penalty for capital murder but you may also be charged with life in prison with no possibility of parole.

A murder charge without capital implications is a first-degree felony. If convicted, you can receive from 5 to 99 years in prison and a fine up to $10,000.

Although intent is the factor that distinguishes between murder and manslaughter, you don’t necessarily need to have intended to kill a victim to be charged with murder.

If the defendant intended to cause serious bodily harm or to commit a felony other than manslaughter that resulted in death, he or she can be charged with murder.  A common example is an armed robbery that goes wrong and the victim is shot dead. Even though the robber may not have intended to kill the victim when he robbed a store or another premises, the fact he was committing a felony will result in a murder charge.

Murder and manslaughter are extremely serious charges. If you have been charged with one of these offenses, it’s vital to hire an experienced Austin criminal defense lawyer as soon as possible. Call us at (512) 399-2311.