Texas sanctuary cities are on the front line of the new, more restrictive approach to immigration that’s sweeping the nation.

A bill that withholds dollars from state coffers for sanctuary cities cleared the Texas Senate in February.

Texas ACLU Executive Director Terri Burke told CNN he would fight the bill all the way. 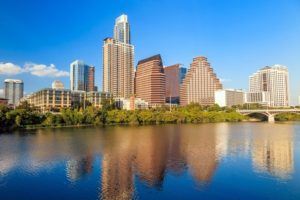 Under the terms of Senate Bill 4, law enforcement in Texas municipalities and on college campuses would have to hold onto a suspect while US Customs and Immigration Enforcement (ICE) checks his or her immigration status. Failure to do so could result in funding being withheld.

If the legislation proceeds the first big fight could occur in Austin. Sally Hernandez, the new sheriff of Travis County has pledged to no longer cooperate with detainer requests from ICE and to keep immigrant families together.

When agents make these requests, they ask county jails to hold immigrants if the feds suspect they might be in the country illegally. These detainer requests are controversial because they are often made without a warrant.

The term “sanctuary city” is not a precise one. Some commentators have suggested Hernandez’s stance makes Austin the state’s first sanctuary city. However, there are other cities in the state that take on some of the characteristics of sanctuary cities.

These are cities that will not sanction the use of municipal funds to enforce federal immigration laws.

The state has already paid $300,000 to Travis County but will be withholding the rest.

Hernandez has kept her line about detainer requests. She said by focusing local officers’ time and resources on illegal immigrants, they could be compromising the safety of those they are sworn to protect.

Although she will work with immigration officials on some policy areas, she said her department will not honor detainer requests.

The funds were revoked after Abbott declared a “sanctuary city” ban an urgent priority for Texas lawmakers.

Abbot wants to deny Texas sanctuary cities state funds and even to have the power to remove locally elected officials who fail to comply.

If you have an immigration issue, please call our experienced Travis County immigration attorneys at (512) 399-2311.