Free trade came under fire in the U.S. Presidential elections and the new occupant of the White House wants to renegotiate NAFTA.

But while the North Atlantic Free Trade Agreement may be unpopular in Michigan and Ohio, it’s a different story in Texas.

The Lone Star State’s export economy is the highest in the nation and Mexico is its biggest trading partner. 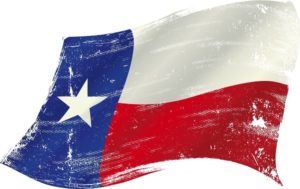 In 2015, Texas exported $92.5 billion in goods to Mexico, stated the International Trade Administration.

As many as 382,000 jobs in Texas are dependent on Mexican trade. Many commentators in Texas fear they will be jeopardized if NAFTA is repealed or amended.

NAFTA has been in place for a quarter of a century. While President Donald Trump may exercise the power to unilaterally withdraw from the agreement, he may need the backing of Congress to renegotiate it.

Both Mexico and Canada, the other two parties to the agreement, have expressed a willingness to renegotiate it, reported the Statesman.

The article said if Trump withdraws from the agreement it may take some time for a replacement to be reached. International trade deals are by their very nature complicated. Negotiations took more than four years to draw up NAFTA

The Statesman article warned the withdrawal of the United States from NAFTA would disproportionately impact Texas. A staggering $118 billion – almost half of the state’s exports are to Mexico and Canada, and exports from the Lone Star State support over 1 million jobs.

Texas exports more than $45.3 billion alone in computer and electronic products. The petroleum and coal industries make up $42.7 billion and $39.8 billion respectively in exports.

We recently noted how Trump’s enthusiasm for fossil fuels may benefit oil drillers and the fracking industry in Texas.

Restrictions on NAFTA stand to jeopardize Texas’ role as a hub for international trade.

Barriers both real and economic may cause harm to trade in Texas. Every year, more than 3 million trucks cross into Texas from Mexico and about 2 million rigs head south.

To this extent the border between Mexico and Texas is the front line for international trade.

At Peek & Toland , we advise businesses and families on immigration matters. Please call us for a consultation at  (512) 359-3362.