The question of whether U.S. Border Patrol can be held liable for the shooting of a Mexican across the border is no nearer to resolution after the U.S. Supreme Court sent a cross border shooting lawsuit back to a lower court.

In June, the Texas Tribune reported the highest court in the land sent the case involving thecross-border shooting death of a teenager back to theU.S. 5th Circuit Court of Appeals to be reconsidered.

In 2010, Sergio Adrían Hernández Güereca was killed by a U.S. Border Patrol agent who fired his gun across the Rio Grande.

The U.S. authorities claimed the teen threw rocks. The teen was shot dead by agent Jesus Mesa Jr. The border patrol agent was on the banks of the Rio Grande in El Paso. The teen was on the Mexican side of the border, in Ciudad Juárez, when the agent fatally shot him from the Texas side.

The killing led to a lawsuit filed from Mexico. The family of the victim sued U.S. Customs and Border Protection, the Department of Homeland Security, the U.S. government and Mesa himself. 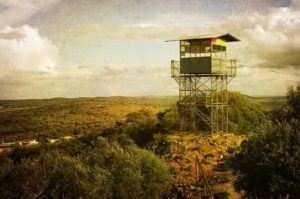 The case was dismissed by a district judge on the grounds the victim was a Mexican national who was on Mexican soil when the shooting took place.

An appellate court took a different approach in 2014. It ruled that the agent could be sued in his individual capacity although the U.S. agencies could not. A year later, the U.S. 5th Circuit Court of Appeals sided with Mesa. The judges ruled the agent was entitled to immunity because Hernandez was in Mexico when the shooting happened.

We noted this drawn out legal procedure recently in our immigration blog.

The teenager’s family appealed the Court of Appeals decision in the cross border shooting case to the U.S. Supreme Court. The high court agreed to consider the case last October. However, in June, the Supreme Court sent the case back again to the 5th Circuit.

The justices asked the court to revisit its previous ruling in the context of other court decisions that have been decided since. The court wrote:

“The facts alleged in the complaint depict a disturbing incident resulting in a heartbreaking loss of life. Whether petitioners may recover damages for that loss in this suit depends on questions that are best answered by the Court of Appeals.”

Lawyers for the teens family argue the 1979 case of Bivens v. Six Unknown Named Agents of Federal Bureau of Narcotics supports their stance.

In the 1979 case, the court held the violation of a person’s Fourth Amendment rights, gives that person the right to pursue a legal challenge against a federal agent.

At Peek Law Group our attorneys will protect your rights against the immigration authorities in Texas. Please call us at (512) 399-2311.