The recent immigration crackdown is intended to be a ‘get tough’ measure on crime that expedites the deportation of immigrants who offend. However, domestic assault victims may also be collateral in the crackdown, experts claim.

An article in Self noted how counselors at a domestic violence agency in Orange County in California report fewer and fewer undocumented immigrants are arriving at the agency to report abuse.

Adam Dodge, the legal director of Laura’s House, sees this as a worrying sign. He warned undocumented domestic violence victims are keeping quiet because they fear deportation if they speak out.

The trend became apparent in February.  Dodge said the agency experienced a dramatic change among about 80 people who use its services in a typical month. It went from up to 45 percent of the clients being undocumented to nearly zero. 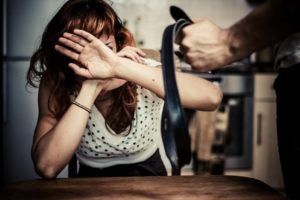 With immigration raids targeting cities like Austin, there is increasing evidence that undocumented immigrants are going underground. Some are no longer using services and others have taken their kids out of schools.

Dodge noticed a decrease in undocumented immigrants using services like counseling, legal aid and an emergency shelter in the wake of an incident in Texas.

In February, Immigration and Customs Enforcement (ICE) agents detained a woman claiming she was a victim of domestic violence in El Paso when she showed up at the courthouse to seek a protective order against her alleged abuser. The woman was deported.

“That just spread like wildfire through the undocumented community across the United States and created this chilling effect where no one’s going in to seek restraining orders. People are just so scared of having their name in any system.”

He said the agency could not promise victims they would not be picked up by ICE if they showed up in court. Dodge said just one undocumented abuse victim sought the agency’s help after the El Paso incident and her situation was dire. A few more since trickled back but many did not return.

While many undocumented immigrants may have gone underground they may not be without support.

In February, some religious leaders vowed to set up a so-called “underground railroad” for undocumented immigrants, reported The Independent.

The report noted how the “Rapid Response Team”, a recently-formed network based in Los Angeles, is offering refuge to people sought by US Immigration Customs Enforcement (ICE), by buying houses for them to live in.

Los Angeles pastor Ada Valiente is overseeing the renovation of a house the network acquired to accommodate three immigrant families.

The El Paso incident appears to have created a new climate which is not beneficial for domestic assault victims. In March, video was shown of ICE officers apparently poised to make an arrest at a Denver courthouse where victims of domestic violence attend.

If you or a loved one has been apprehended by ICE agents, it’s important to seek help from an experienced Austin immigration lawyer as soon as possible. Contact us here.