The arrival of the Trump administration led to considerable speculation about the future of so-called DREAMERs. Recently, the first DREAMer deported under the new administration sparked increased concern.

DREAMERS are undocumented immigrants who were protected under Obama’s Dream Act.

Juan Manuel Montes Bojorquez, 23, was sent to his home country of on February 17 just hours after he failed to provide identification of his legal residency to a U.S. Customs and Border Protection agent. 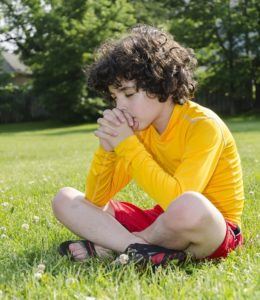 The first DREAMer was deported under the Trump administration

A report in People said Montes was out with his girlfriend and waiting for a taxi when the agent came and questioned him. He said he’d left his wallet in a friend’s car. Because he was unable to prove he was protected under Deferred Action for Childhood Arrivals (DACA), he was transferred into custody. Agents took him across the border a few hours later.

Alarm as First DREAMer deported under the Trump Administration

People who qualified for the DACA program have been concerned about its future under the Trump administration.

The program helps DREAMers who are foreign-born individuals brought to the United States. as children. Obama’s flagship policy gave them a two-year work permit, a social security number, and protection from deportation.

The People report said Montes applied for DACA status in 2014, then again in 2016. He was meant to be protected until 2018, because the program runs for two full years.

However, the deportation of Montes Bojorquez left the DREAMer community nervous.

In our blog we describe how the election of Trump left those who benefitted from Obama’s policy in limbo.

These are uncertain and difficult times for immigrants. If you or a family member is facing possible deportation from Texas and need assistance to fight the action, please call Peek Law Group at  (512) 399-2311.