A rise in deaths of immigrants in ICE custody has alarmed watchdogs and other immigrant organizations. They are pointing the finger at conditions at for-profit facilities.

Earlier this year, a Honduran immigrant became the third immigrant to die at a controversial detention center in California, reported Think Progress.

Vicente Caceres-Maradiaga was arrested about a month before his death by U.S. Immigration and Customs Enforcement (ICE) agents during an immigration raid. He died when he collapsed while playing soccer at the Adelanto Detention Facility.

The facility is a controversial for-profit center. ICE listed the preliminary cause of death as acute coronary syndrome. Caceres-Maradiaga was previously diagnosed with hypertension as well as an umbilical hernia. He received treatment for both conditions in ICE custody.

ICE agents picked up Caceres-Maradiaga during a raid in the spring in North Hollywood, California. 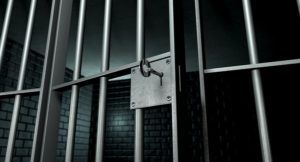 ICE records stated he was never lawfully admitted to the U.S and had prior criminal convictions since 2011 – one for DUI and another for fraud, ICE stated.

However, the death has raised concerns about a spate of immigrant deaths at detention centers.  Caceres-Maradiaga was the ninth immigrant detainee to die in ICE custody in the 2017 fiscal year which started in October. He was the third to die at Adelanto.

In May, CNN reported on the apparent suicide of Jean Jimenez-Joseph, 27, at the Stewart Detention Center in Lumpkin, Georgia.

Jimenez-Joseph was found him in his cell with a sheet around his neck, according to Immigration and Customs Enforcement officials. They said the preliminary cause of the death was self-inflicted strangulation.

Word of the immigrant’s death sparked harsh criticism from immigrant rights activists who have warned of inadequate conditions at the detention center for some time.

The report looked at deaths from 2010 to 2012 and concluded ICE detention facility inspections conducted before and after the deaths failed to acknowledge, and sometimes even dismissed, the critical flaws identified in the reviews into the deaths.

If you are being held in a detention center or a family member is facing deportation, our cancellation of removal lawyers may be able to help you. Please call us at (512) 399-2311.